Bhatti dares KCR for debate on 10th Schedule of Constitution 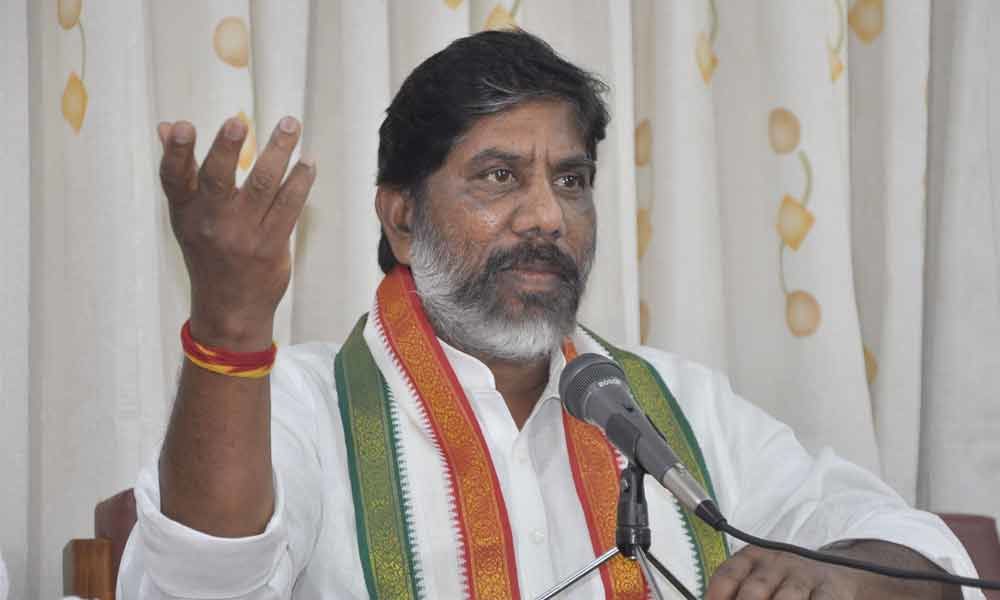 Leader of Opposition in Assembly Mallu Bhatti Vikramarka on Thursday challenged Chief Minister K Chandrashekar Rao for a debate on the provisions of...

Hyderabad: Leader of Opposition in Assembly Mallu Bhatti Vikramarka on Thursday challenged Chief Minister K Chandrashekar Rao for a debate on the provisions of 10th schedule of the Constitution which deals with the change of party by legislators.

He made it clear that unless the political mafia is reined in, the value of the vote would be lost. He said if the defections were not stopped, in future any rich person could purchase the MLAs and MPs and would become Chief Ministers and Prime Ministers.

Vikramarka said soon they would hold a roundtable on the defection issues. Referring to the criticism of the defected leaders about the leadership of the Congress he said the same leaders were there when elections were conducted.

Speaking on the comments of the defected MLAs, Bhatti said they have joined the TRS for development of their constituencies, he wanted to know whether the funds would be given only to TRS MLAs.

He asked the defected MLAs to resign to their posts and seek a fresh mandate. He made it clear that the fight which he has taken up was only a beginning and he would continue it.

Vikramarka criticised that the democracy has been killed in the State. He wanted the support of all the people for his fight. The political mafia and terrorists have been trying to capture the democracy and the Chief Minister was leading them.