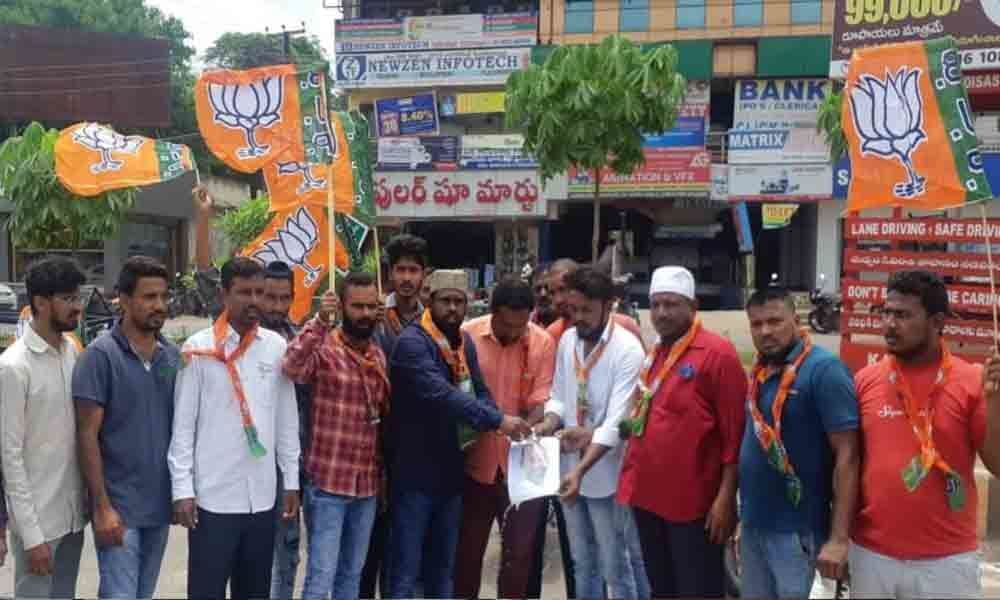 BJYM district vice-president Md Mujeeb said Modi has faith in MP Bandi Sanjay Kumar that he will try to make all the welfare schemes available to the weaker sections of people of Muslim minorities, hence he was appointed as the member of State Minority Welfare Committee. Golden days are sure to return for all the poor Muslim Minority people present across the State and across the country under the leadership of Prime Minister Narendra Modi and MP Bandi Sanjay Kumar, he opined.

Mujeeb urged MP Sanjay Kumar to take initiation for releasing Wakf Board lands, which are encroached, along with conducting training programmes for Muslim youth in professional skills for grabbing the employment opportunities.