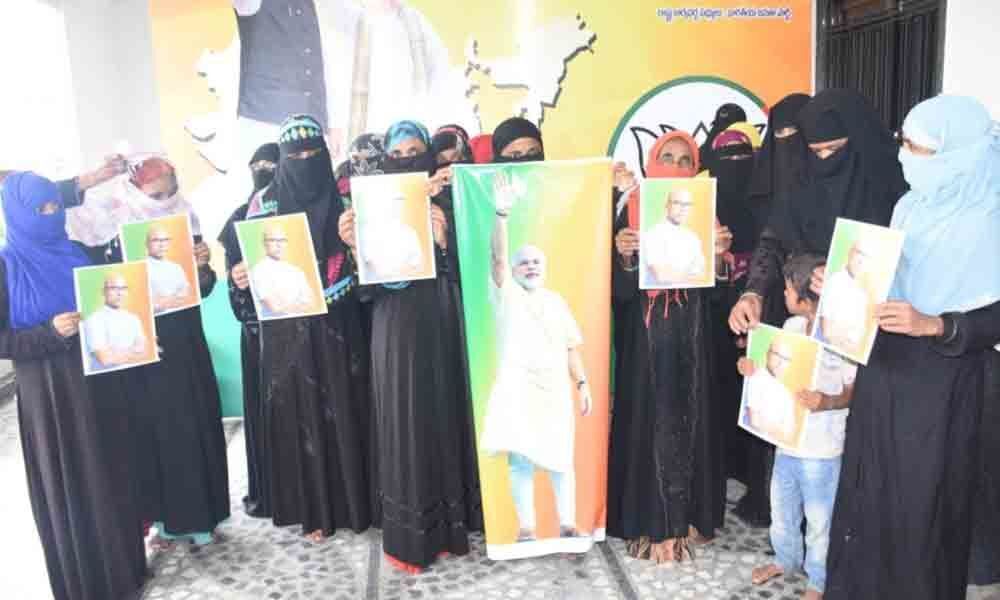 The Prime Minister protected the Muslim women's self esteem with the Triple Talaq Bill, said morcha's leaders Rahatmat Begum and Ruksana Begum at an event organised at BJP MP from Nizamabad Arvind.

Naseem Begum, Halimabagam and Kamar Begum distributed sweets to hundreds of Muslim women on the occasion.