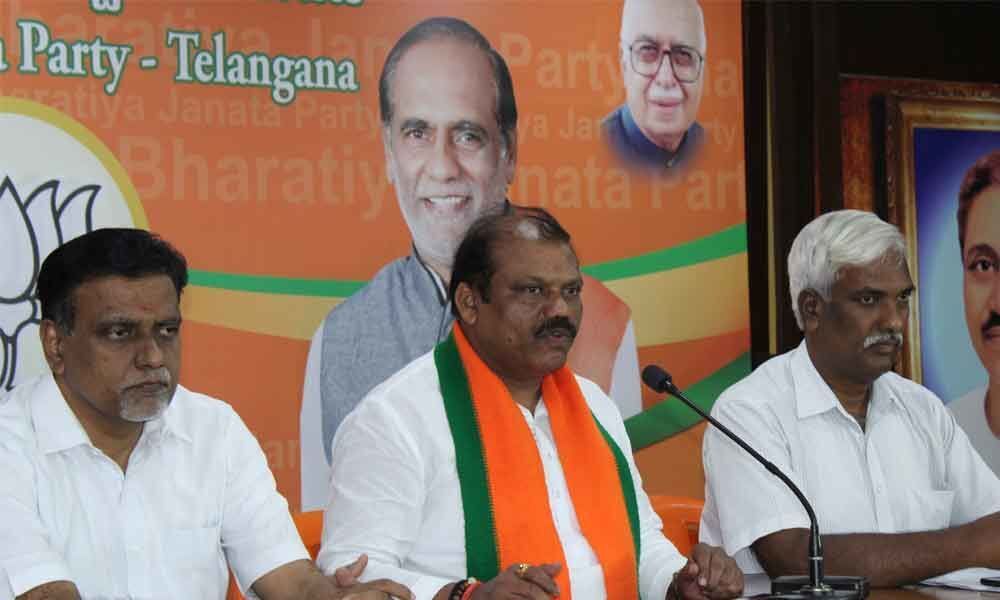 Hyderabad: Telangana BJP general secretary G Premender Reddy dismissed the statements of State IT Minister KT Rama Rao finding fault with the Centre for neglecting setting up the railway coach factory at Kazipet for the last six years. He said on Friday, the minister's statement is baseless as it was the State government which is at fault by not allocating land for the rail coach factory at Kazipet.

He said it is impossible to set up the coach factory without land acquisition. Since land acquisition is under the purview of the State, "It was the negligence on the part of Telangana in providing necessary land to the factor resulting in the delay," he added.

He criticised the ruling party for trying to politicise every issue to blame the Centre. He suggested that it is high time that the State government should stop further delaying the land acquisition and allocate the land needed at the earliest for setting up the coach factory. The BJP leader said that earlier the State government had allocated endowment lands to the project resulting in several hurdles coming in the way of rolling out the project.