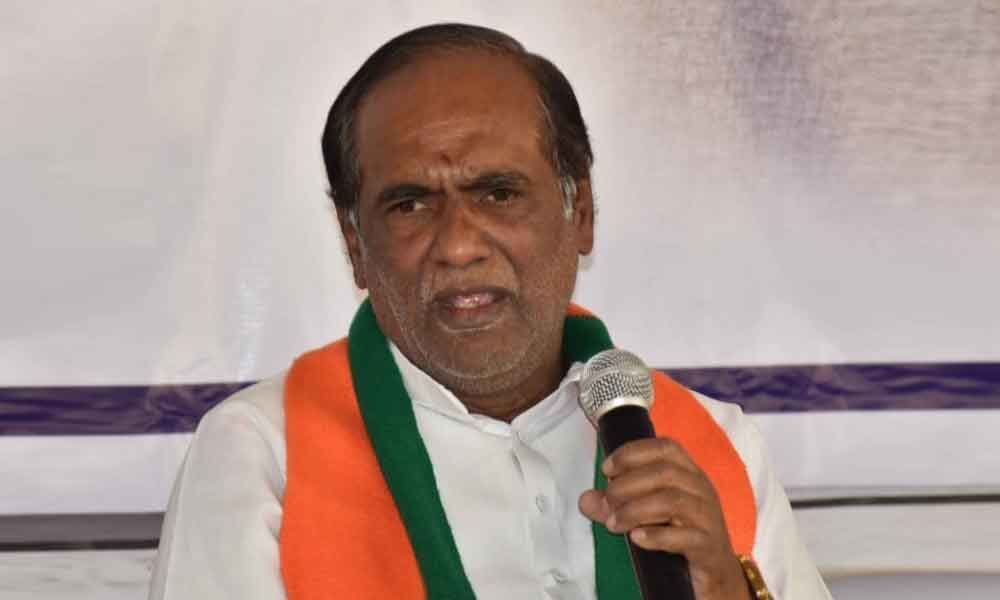 Bharatiya Janata Party (BJP) on Friday condemned the carving of politicians, political and other religious symbols on the stone pillars of Sri Lakshmi Narasimha Swamy temple at Yadadri.

Hyderabad: Bharatiya Janata Party (BJP) on Friday condemned the carving of politicians, political and other religious symbols on the stone pillars of Sri Lakshmi Narasimha Swamy temple at Yadadri.

Repeated actions of the TRS chief show inflicting insult after insult on Hindus and it has become an order of the day for him.

Earlier, the Chief Minister had praised Nizam under whose dictatorial regime people of the State had experienced unspeakable atrocities and torture.

"He (KCR) might be thinking that he can get away with whatever he does. But the god-fearing and devote people of Telangana would not tolerate the anti-Hindu actions of him," he said.

They will bury TRS, just the way they had buried the Nizam's rule in Telangana. Further, Laxman warned, "KCR and TRS alone will be wholly responsible if any untoward incidents take place following these developments."

He demanded that K Chandrashekar Rao tender an unconditional apology and remove the carvings engraved.

Laxman charged that engraving the picture of TRS election symbol car, KCR's face, non-Hindu symbols on the stone pillars of Astabhuja Prakara Mandapam at Yadadri Narasimha Swamy temple shows the height of the publicity mongering of the TRS chief by insulting Hindus.

H said such carvings mislead importance and significance of the temple. There are no precedents of engraving faces of any individuals, non-Hindu symbols on temple pillars other than those related to the presiding deity and prominence of the temple, he added.

It was a clear case that it was done on the directions of the Chief Minister. Besides, faces of Indira Gandhi and Jawaharlal Nehru etched on the pillars expose the nexus between the TRS and the Congress.

That apart, engraving Charminar further proves KCR's intentions to please his friends belonging to another party (AIMIM) and to please a section of people.