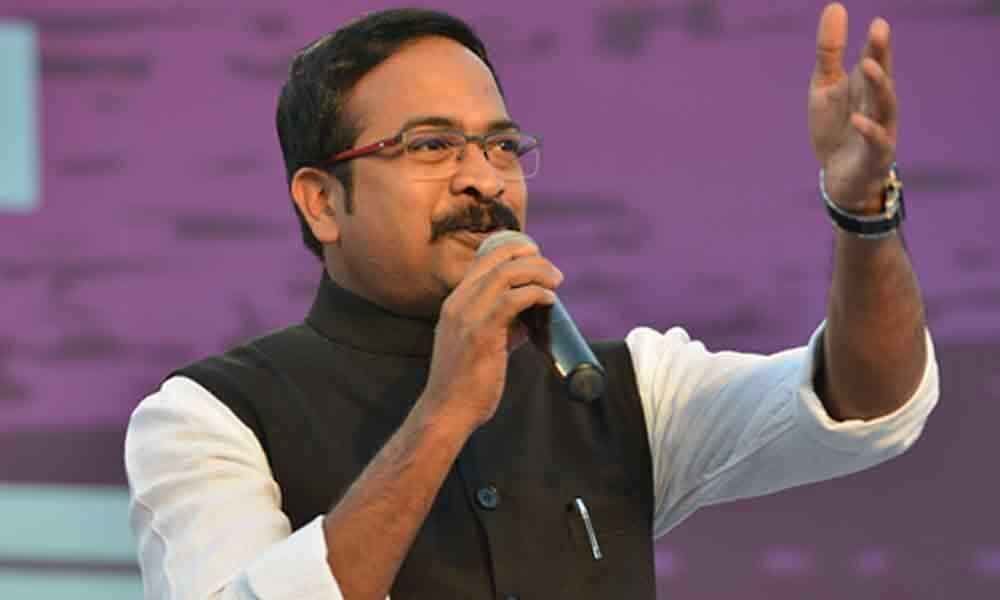 Telangana BJP on Thursday slammed the State government for once again letting down farmers of the State and taking no action against the sale of urea in the black market.

Hyderabad: Telangana BJP on Thursday slammed the State government for once again letting down farmers of the State and taking no action against the sale of urea in the black market.

BJP State chief Spokesperson K Krishna Saagar Rao and general secretary G Praemnder Reddy said that the lack of planning and execution on the part of the State government left the farmers high and dry in purchasing of urea.

Krishna Saagar Rao said the TRS Government has become a curse on the farmers and one farmer Elliah from Dubbaka in Siddpet district died of exhaustion while he was standing in the long queue to purchase urea, which currently is in short supply across all Telangana districts.

He said that the short supply of urea is due to utter mismanagement of the State Agriculture department and the State Ministry of agriculture in planning the logistics for distribution of urea.

However, with the zero planning of supply and distribution, KCR government becomes the responsible for the death of a farmer. Lakhs of farmers across the state are facing serious trouble in procuring urea. They are forced to stand painfully in long queues for hours.

BJP strongly condemns KCR government's failure to plan ahead of an important crop season, resulting in this kind of farmer distress. This once again establishes the fact, that CM KCR and his council of ministers have no competence to govern.

The party demands the immediate intervention of the Chief Minister to resolve this issue on a war footing.

Premender Reddy said the ruling party is blaming the Centre for its lapses. Despite the urea is sent to the State the same is not reaching to the farmers.

He said some traders are creating artificial shortage and selling the urea in the black market. However, there is no action from the government in curbing the illegal black marketing of the urea.