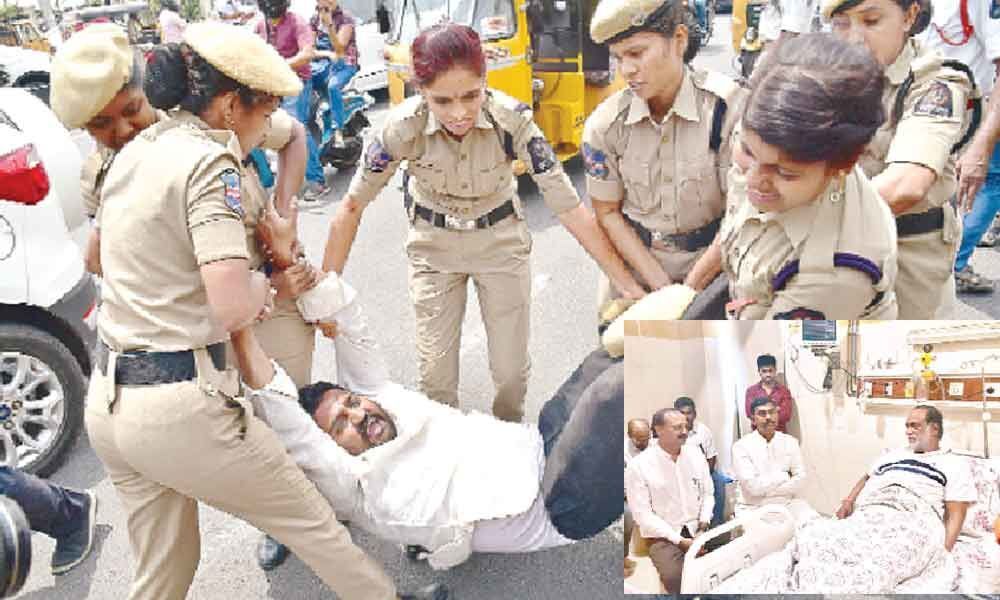 Hyderabad: Intensifying its demand for action against those responsible for the Intermediate exam fiasco, the BJP has decided to organise candlelight marches on Wednesday followed by state-wide bandh on May 2.

The Congress party also gave an ultimatum of 24 hours to the government to respond on the demand for the thorough inquiry into the issue and said if the government fails to do so, Youth Congress and NSUI leaders would take up 48 hours hunger strike on Thursday.

"There seems no end to the incidents of the students ending their lives in the aftermath of the declaration of the Intermediate results," and it reflects the miserable failure on the part of the State government in instilling confidence among students and parents, he said.

The BJP leader alleged that there is a big scam in finalising tender in favour of Globarena technologies by vested interests.

But, the State government is not coming forward to institute an impartial probe.

Instead, the repression unleashed for demanding justice against those raising the issue shows how the government is trying to trample upon the fundamental rights of the people in Telangana.

The BJP senior leader also accused the government of hatching a conspiracy to foil the indefinite fast that the BJP state president Laxman continuing in the NIMS.

Reiterating the party's demand for a probe by a sitting judge of the High Court, Dattatreya said it is high time to clean the Telangana State Board of Intermediate Education (TSBIE) and held those responsible to the Intermediate fiasco accountable, he said.

He said nearly 5,000 BJP and BJYM activists have been arrested across the State for peacefully organising protests.

Besides, several party leaders are also arrested at different locations while proceeding to stage protest near Dr B R Ambedkar statue on Tuesday.

"All these actions of the state government to suppress the protests using the police are reminiscent to the emergency days in which people were arrested indiscriminately under the Maintenance of Internal Security Act (MISA)," he added.