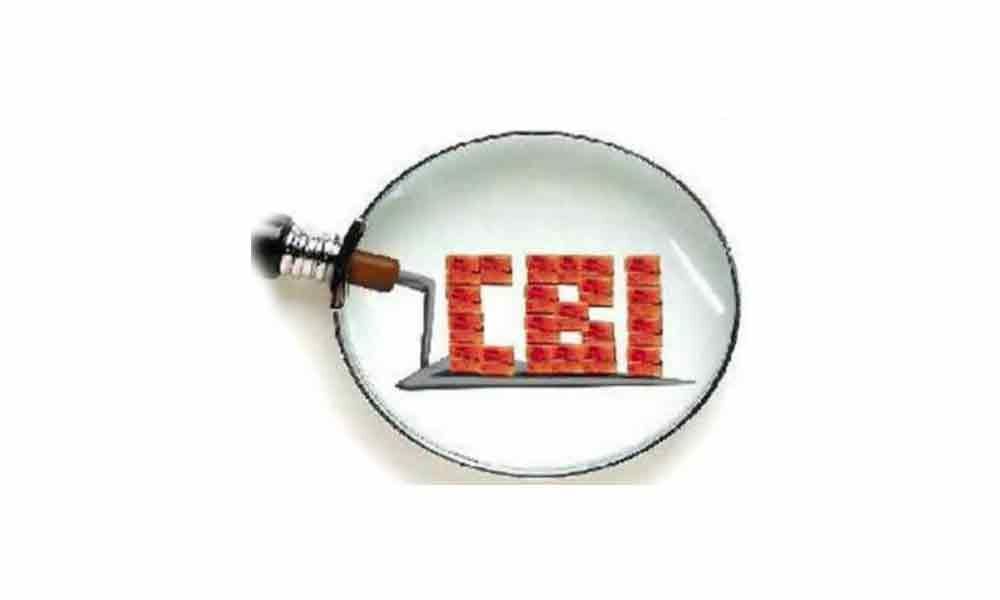 Hyderabad: The Central Bureau of Investigation (CBI) on Tuesday conducted nationwide searches in the houses of Central Government employees who allegedly are having disproportionate assets.

They have reportedly raided 110 locations in 19 states and seized huge assets and key documents during the searches.

In Hyderabad and Vijayawada, the CBI officials conducted searches in the houses of GST and Railway officials.

The officials raided the properties of Bollineni Srinivas Gandhi, who is presently working as Superintendent of GST, Anti-Evasion Wing in Hyderabad Commissionerate.

During the searches, they reportedly unearthed Rs 3.75 crore worth of assets till now. The officials have registered a disproportionate case against him.

They found several movable and immovable assets to the tune of Rs 2.74 crore in his name and in the name of his family members and relatives.

They found assets in Kankipadu, Mangalagiri, Vijayawada, Kukatpally Ranga Reddy district and in other places and huge amount in several bank accounts in his and his wife's name.

The officials in prima facie found that he had amassed wealth to the tune of Rs 3.75 crore which could not be satisfactorily accounted for. An FIR was registered against Srinivas Gandhi and his wife Sireesha under section 109 IPC, section 13 (2) r/w 13 (1) (b) of the PC Act, 1988 and took up the investigation.

B Srinivas Gandhi earlier worked as the longest serving official in the Enforcement Directorate (ED) for more than 10 years and handled many high-profile cases, including the money laundering case against the present Andhra Pradesh Chief Minister Y S Jagan Mohan Reddy.

He is considered to be close to the former chief minister of Andhra Pradesh N Chandrababu Naidu.