Cleansing of Revenue dept limited to statements only: Vijayashanti 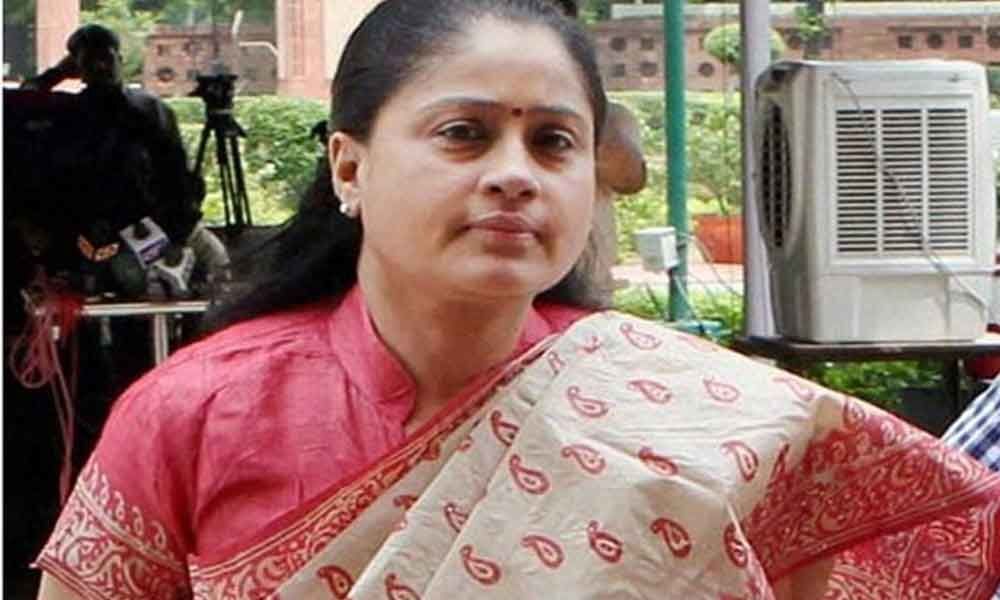 Congress senior leader Vijayashanti on Wednesday mocked Chief Minister K Chandrashekar Rao that he has been behaving like Columbus who discovered America by stating that he has noticed corruption in Revenue department.

Hyderabad: Congress senior leader Vijayashanti on Wednesday mocked Chief Minister K Chandrashekar Rao that he has been behaving like Columbus who discovered America by stating that he has noticed corruption in Revenue department.

Stating that it was good to notice that the Chief Minister has taken action on a Facebook post by a farmer called Sharath on fudging of revenue records, she wanted to know as to whether no complaint of corruption on Revenue department came to the notice of him in the past five years. Vijayasanthi said that all the people of Telangana want is that cleansing of the Revenue department should not be limited to statements but in reality.

She alleged that though the government raised hue and cry over the gangster Nayeem's land grabbing, has gone silent after some time. Even in the drugs scandal surfaced in Hyderabad the government did not act firmly. The government has taken away the lands from the poor in Miyapur and stated that it would hold an inquiry on the land-grabbing scandal in that revenue village. She was skeptical that even in the case of cleansing the Revenue department the government would contain itself to statements.

She said that it was not new to the TRS to blackmail those who have involved in scandals. In the name of cleansing the Revenue department the government may indulge in such practices. She said that the government has taken the lands from TRS leader K Kesava Rao on the complaint that they have been purchased illegally and wanted to know whether it would take back the lands of film star Akkineni Nagarjuna.

She reminded that during the Telangana movement, Chandrashekar Rao had said that Nagarjuna grabbed some lands and if TRS came to power they would be taken back. The protagonists of Telangana movement want to know whether the government would take back the lands of Nagarjuna. Government must tell whether action on land grabbing would be limited to poor or would be extended to celebrity like Nagarjuna.