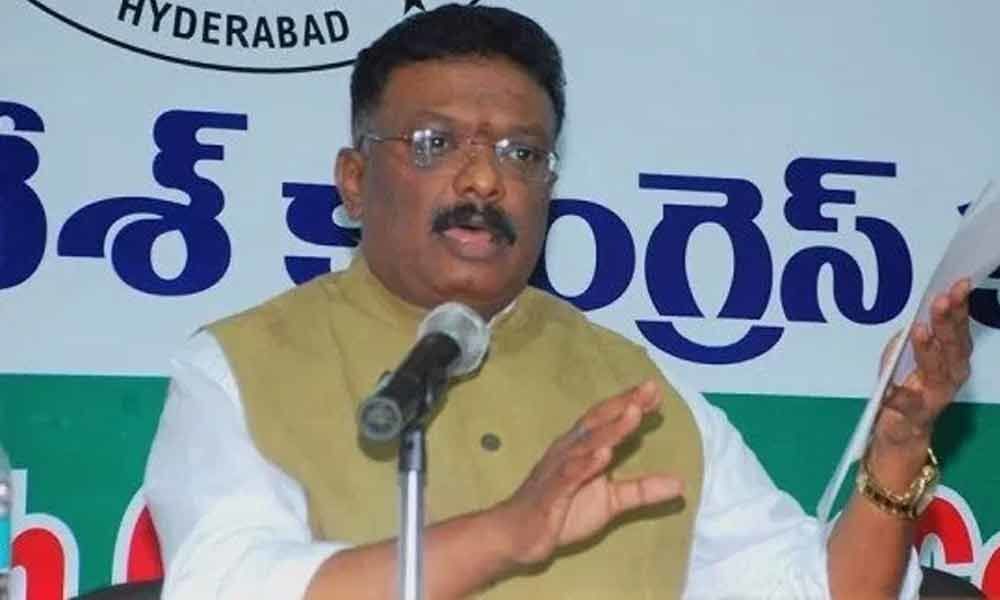 All India Congress Committee (AICC) official spokesperson Dasoju Sravan on Saturday demanded that the government hold physical tests for those who have applied for police constable and SI posts.

Hyderabad: All India Congress Committee (AICC) official spokesperson Dasoju Sravan on Saturday demanded that the government hold physical tests for those who have applied for police constable and SI posts.

Addressing the media, he said that many irregularities have taken place in the recruitment process in which about 7.5 lakh unemployed are involved. He said that they have applied for 18,428 police posts and out of them 4.78 lakh have qualified for the mains exams.

He said that out of those qualified for the mains exams, 2.24 lakh have been called to attend the physical examination. However, the Police Recruitment Board has held those tests with the help of Radio Frequency Identification (RFID) process.

A private company called E-soft was given the responsibility and the police officials who would take test through the RFID were not trained in that. Though the running test has to be held with one candidate in each track, the officials allowed several of them.

The RFID failed to detect the exact time recorded by the applicants in running races. The E-soft has tampered with the test results and has shown those who were disqualified as qualified candidates.

Sravan alleged that lakhs of rupees have changed hands to tamper the results. Even the height of the candidates was also changed in the RFID process. Those who have passed the physical test were denied the opportunity to attend the main exams.

He said that the Telangana government has done injustice to the unemployed who have been eagerly waiting to get government jobs.

He said that thousands of youngsters have been preparing for the recruitment exams by attending coaching classes and spending lakhs of rupees.