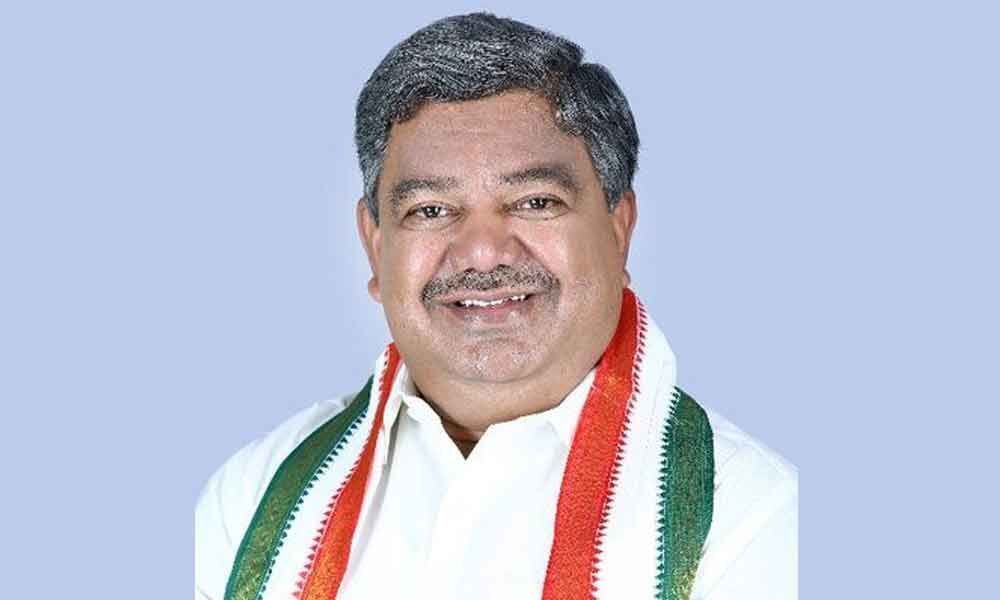 Hyderabad: The Congress party on Saturday has advised Chief Minister K Chandrashekar Rao to focus on governance which he has not touched ever since winning the Assembly elections in December 2018.

"In the last 6 months, KCR has held only cabinet meetings. The first one was held with just one minister (Home Minister Mahmood Ali) on January 8 and another on February 21 to finalise Vote-on-Account budget.

Despite formation of government 169 days ago, there are six vacancies in the Council of Ministers," Telangana Pradesh Congress Committee (TPCC) Treasurer Gudur Narayana Reddy said in a media statement.

Narayana Reddy pointed out that none of the electoral promises Chandrashekar Rao made in TRS manifesto for Assembly elections of 2018 have been fulfilled. "Taking refuge behind the Model Code of Conduct, KCR enjoyed 'holiday from governance' for nearly six months," he said.

The Congress leader said that the unrest among employees was on the rise due to non-implementation of Pay Revision Commission (PRC) and clearance of other dues. He said that the promises of enhancing Rythu Bandhu amount from Rs 8,000 to Rs 10,000 per acre remained on paper.

There is no clarity on when the promised unemployment allowance of Rs 3,016 will be paid to the jobless youth. An order has been issued on May 28 for enhancing the pension amount to Rs 2,016. But this is being done with effect from June 2019 although this should be from retrospective effect from January 2019, he said.

Gudur Narayana Reddy said that a serious financial crisis was staring at Telangana due to continuous fall in revenues, rising expenditure and increasing burden of debts and their interest.

As per the latest report of Comptroller and Auditor General of India (CAG), the expenditure on interest payments in the financial year 2018-19 was a whopping Rs 11,892 crore which is almost double the expenditure on subsidy (Rs 6,165 Cr) and over half of Capital Expenditure (Rs 22,569 Cr).