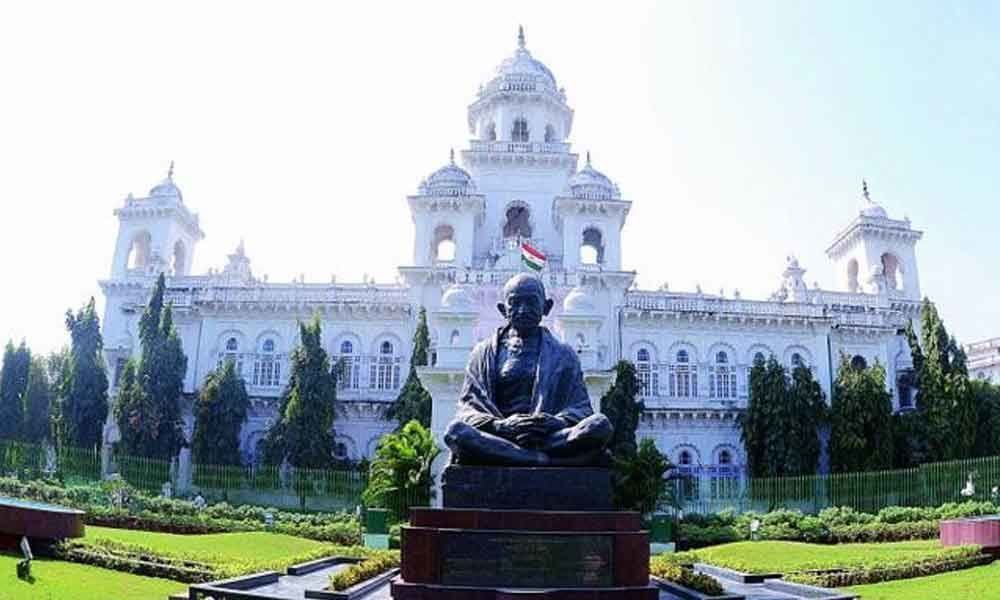 Hyderabad: The Congress has been sharpening its strategy to be adopted during the Assembly budget session which would begin from September 9 by including various issues being faced by the people.

The party would meet on September 9 to finalise the strategy and leader of CLP in Assembly Mallu Bhatti Vikramarka would lead the party's attack on the ruling TRS government in Assembly. MLC T Jeevan Reddy would represent the Congress in the Legislative Council.

Party leaders said the legislators of the party would question the government on various issues being faced by the people and also on alleged corruption in various projects.

The Congress already held programmes on corruption in the irrigation and power projects. It has alleged that large scale corruption has taken place in the construction of Kaleshwaram project.

Recently a team of party leaders visited Adilabad district to point out the corruption in the Kaleshwaram project. The party leaders alleged that the project was designed only to swindle money.

Congress has alleged corruption in construction of power projects in the State and also in purchase of power. It has pointed out that the leaders of the ruling party were beneficiaries of corruption in power sector.

Party leaders have alleged that due to negligence of the government the agriculture sector has been suffering. They said that the amounts under Rythu Bandhu have not been released so far.

The party has held the government responsible for the spread of influenza in the State.

They have also decried lack of basic facilities in the government hospitals. The government did not appoint enough number of doctors, nurses and paramedical staff, Congress criticised.

Congress leaders including CLP leader in Assembly Vikramarka and others have visited government hospitals in the districts and in Hyderabad and assured to expose the lethargy of government.

The latest episode of death of a farmer in the queue line for urea has also become a strong weapon for the Congress to attack the government.

The Congress alleged that due to the negligence of the government, shortage of urea has taken place.