Congress to lift the lid on corruption in Kaleshwaram Project 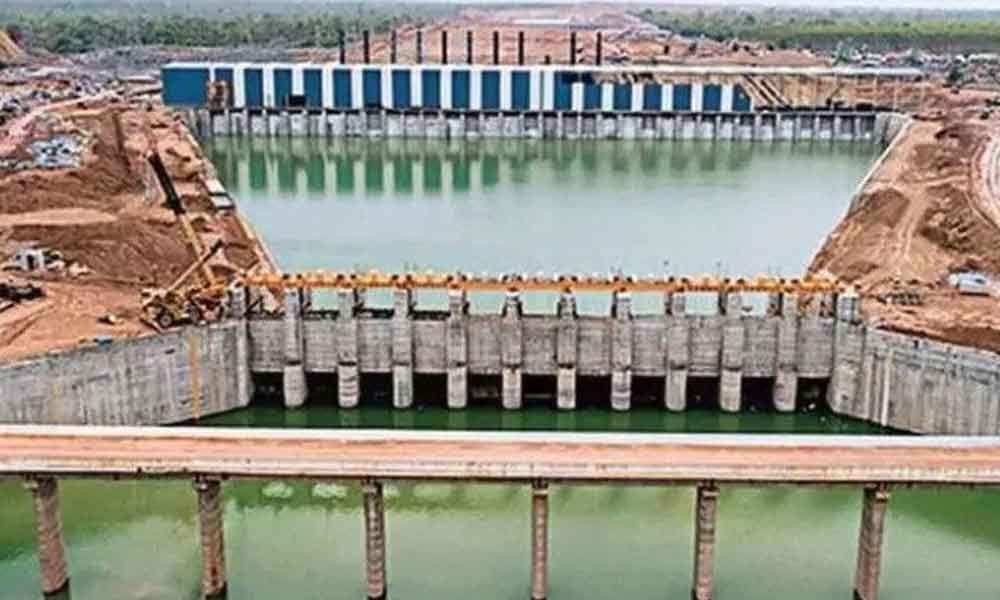 Hyderabad: Stepping up its campaign against alleged corruption in Kaleshwaram Project, the Congress party has decided to expose the irregularities that have taken place in the design and construction of the project.

A team of leaders under the leadership of Telangana Pradesh Congress Committee (TPCC) president N Uttam Kumar Reddy would visit Tummidihatte on August 26 to prove the allegations the party has been making.

The Congress is alleging that the TRS government has changed the plan of Pranahitha-Chevella project, which was designed by the Congress government, and renamed it as Kaleshwaram project.

Under Pranahitha-Chevella project, lifting water from Tummidihatte would have been cost effective. But with the redesign the cost has gone up steeply and thousands of crores of rupees have been wasted.

The Congress has been refusing the argument of the government that there was no water at Tummidihatte and there was a need to shift the tapping point from here to Medigadda.

The party, as part of its visit to Tummidihatte, wants to show the water available there to prove the argument of the government wrong.

Along with Uttam, former Irrigation Minister Ponnala Lakshmaiah, leader of Congress legislature party in Assembly Mallu Bhatti Vikramarka, MLC T Jeevan Reddy and other members are part of the team.

Speaking to The Hans India, Ponnala Lakshmaiah said that Kaleshwaram Project has become a white elephant to Telangana with the redesign. He alleged that by just spending few thousands of crores of rupees, the government would have provided water to North Telangana, Hyderabad and to erstwhile combined Nalgonda district with original Pranahitha-Chevella project.

He said that due to construction of three barrages, Medigadda, Sundilla and Annaram, the State has lost the opportunity to use 100 TMC of water through the Yellampalli project.

He said that Yellampalli project was like a hub for the Godavari River and water could have been lifted from here to Mid Manair. He said that plans for this arrangement have been completed in 2013 during the Congress regime.

Congress MLC T Jeevan Reddy alleged that the TRS government has proposed three barrages and lifts only to make money. He said that there was an opportunity to divert water from Tummidihatte, under Pranahitha-Chevella, with the help of gravity canal.

According to original plan of Pranahitha-Chevella, one barrage and one lift could have been used to lift water of Godavari. However, the TRS government planned three barrages and three lifts only to make money, he alleged. CLP leader in Assembly Mallu Bhatti Vikramarka said that the cost of the original, Pranahitha-Chevella project was Rs 28,000 crore.

He said that the cost has been escalated substantially. The cost was raised to Rs one lakh crore.