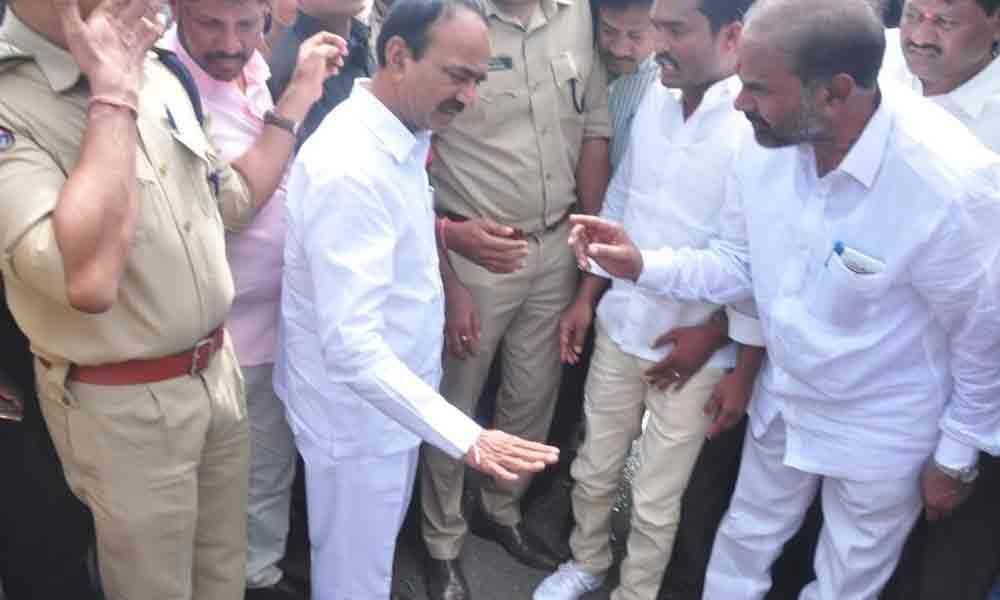 In a ghastly accident involving a school van, three girl students were killed, and several others injured at Vemulawada in Rajanna Sircilla district.

Vemulavada: In a ghastly accident involving a school van, three girl students were killed, and several others injured at Vemulawada in Rajanna Sircilla district. Drunk driving reportedly led to horrific accident in the temple town. The driver of the school bus lost control of the vehicle and rammed it into a divider.

According to police, three students of Vaageshwari School died in the accident. Two students died on the spot, while another succumbed to her injuries while undergoing treatment at the Vemulavada hospital.

Police found that the driver driving the vehicle was under the influence of alcohol. The driver was taken into custody. Police registered a case and investigating.The school van carrying 28 students was on its way to the hostel colony for the students to have lunch. The driver reportedly applied sudden brakes leading to the vehicle turning turtle. It is also said that the van rammed a divider.

Meanwhile, Minister of Medical and Health Eatala Rajender, who visited the bus accident scene, consoled the families of the deceased students. The Minister promised justice to bereaved families.

TRS working president KTR expressed shock over the death of students. KTR asked the District Health officials to provide better treatment to the injured students.The deceased were identified as Manaswini from Vattemula village and Dhekshith from Manama village and Rishit.