Eid celebrated with piety in Mahbubnagar 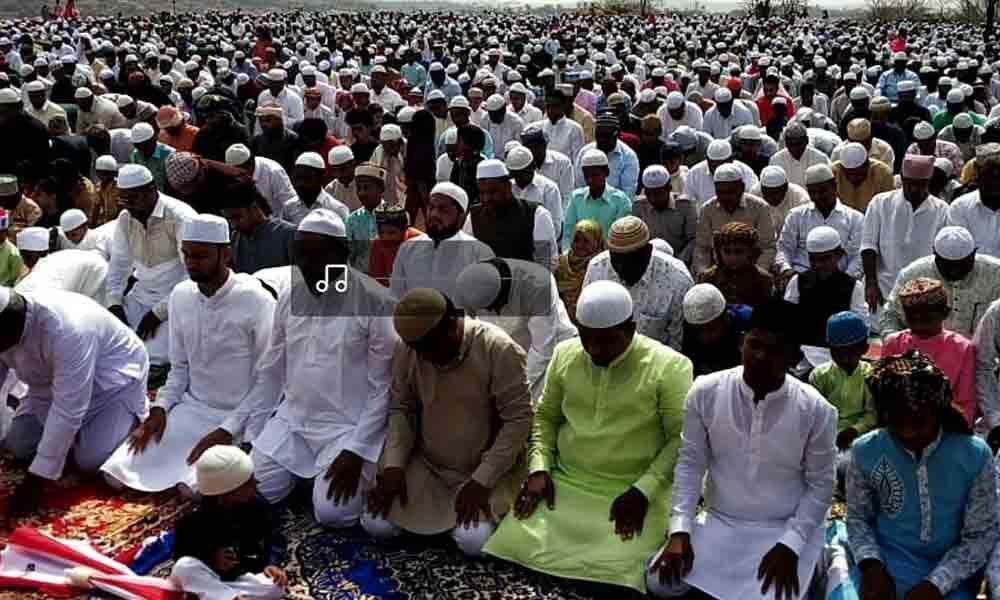 The Eid-ul-Fitr was celebrated with grand fervour by the Muslims across erstwhile Mahbubnagar district on Wednesday.

Mahbubnagar: The Eid-ul-Fitr was celebrated with grand fervour by the Muslims across erstwhile Mahbubnagar district on Wednesday.

On Tuesday, the Muslims who spotted the moon of Ravat Parval month (Ramazan month) had ended their month-long fasting and took part in mass prayers at all the mosques in all mandal headquarters in the district.

For facilitating the Muslims take part in special mass prayers, the Municipal and Gram Panchayat officials provided tents and water facilities at the mosques.