Facelift for 29 ULBs in RR, Medchal-Malkajgiri on the anvil 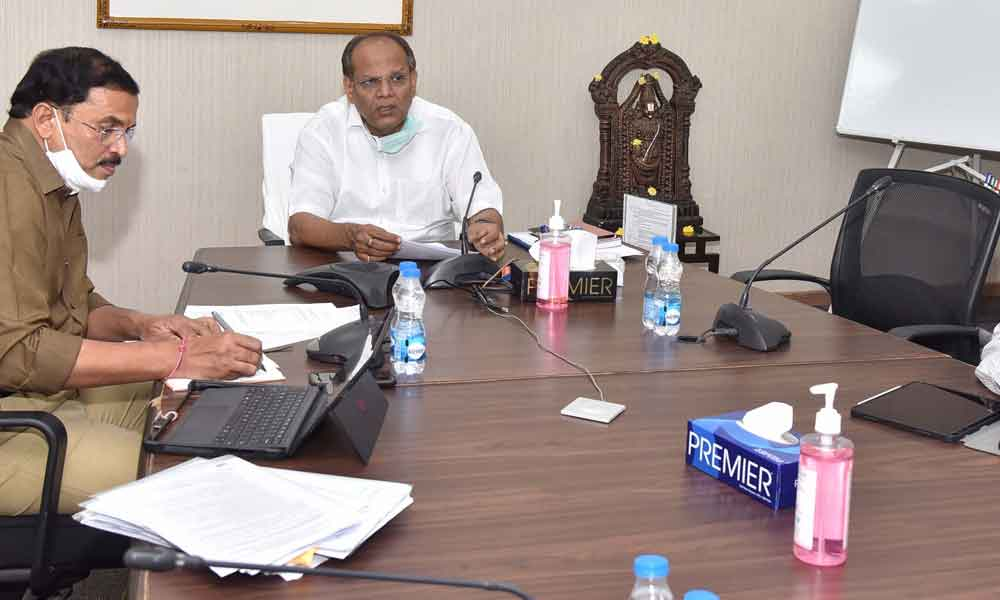 Facelift for 29 ULBs in RR, Medchal-Malkajgiri on the anvil

Hyderabad: The 29 Urban Local Bodies (ULBs), including municipalities and municipal corporations, in the Rangareddy and Medchal-Malkajgiri districts...

Hyderabad: The 29 Urban Local Bodies (ULBs), including municipalities and municipal corporations, in the Rangareddy and Medchal-Malkajgiri districts will soon have many infrastructure and development works so as to provide basic amenities.

Chief Secretary Somesh Kumar on Saturday held a teleconference with the concerned heads of the departments on integrated development of municipalities and corporations in Rangareddy and Medchal–Malkajgiri districts from BRKR Bhavan.

The Chief Secretary asked the officials to prepare the status of municipalities on infrastructure and amenities like drinking water, sewage, roads, dumping yards, integrated vegetable and meat markets, situation of power in terms of transformers, sub-stations, police stations etc.

The Chief Secretary directed all the heads of the departments to prepare requirements keeping in view of future growth in all the 29 ULBs falling in the said districts.

He said that special focus should be laid on developing infrastructure like roads, drinking water, drainage, sewage lines, nalas, lakes, development of parks, power, graveyards, Basthi Dawakhanas and construction of integrated vegetable and meat markets among other basic amenities while preparing the plan.

Chief Secretary directed the two District Collectors to identify government lands, buildings for taking up infrastructure, buildings for providing the amenities in integrated development plan and also directed police commissioners of Cyberabad and Rachakonda to prepare an action plan with regard to establishment of new police stations and manpower, keeping in view the growth and human settlements in future in these districts.

Somesh Kumar informed that once basic details were prepared, a meeting would be conducted by the Chief Minister with the Ministers, MPs, MLAs and MLCs of these areas along with the officers. After the feedback and discussions, plans would be finalised.