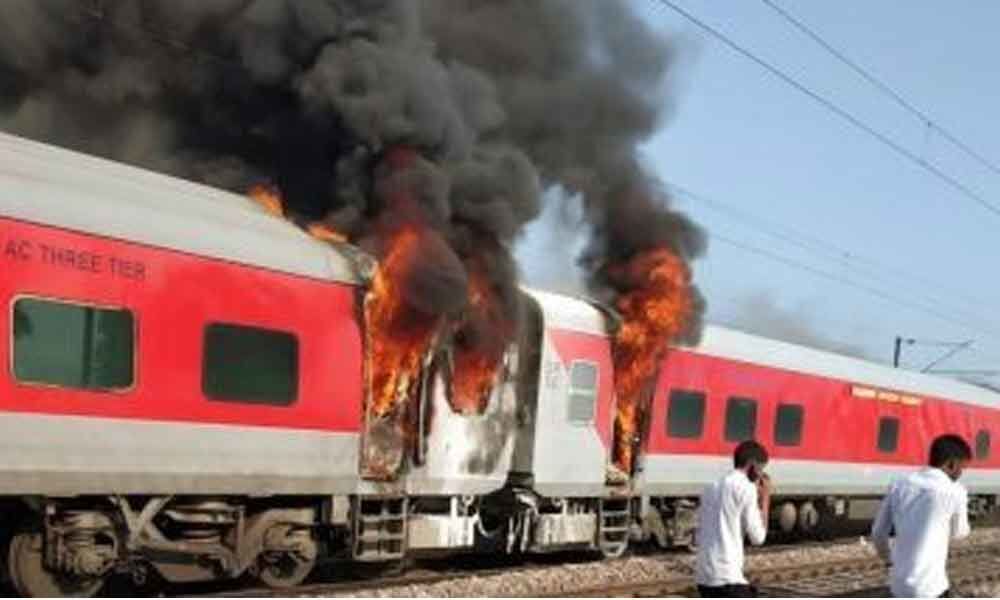 A massive fire broke out in two coaches of Hyderabad-New Delhi Telangana express on Thursday morning at Asaoti station in Haryana. So far, no casualties have been reported.

The two coaches of train number 12723 are learned to have caught the fire around 7.43 am. The firefighters rushed to the spot and doused the fire.

According to the reports, the train stopped between Asaoti and Ballabgarh due to heavy smoke and flames from wheels of the ninth coach from the rear end.