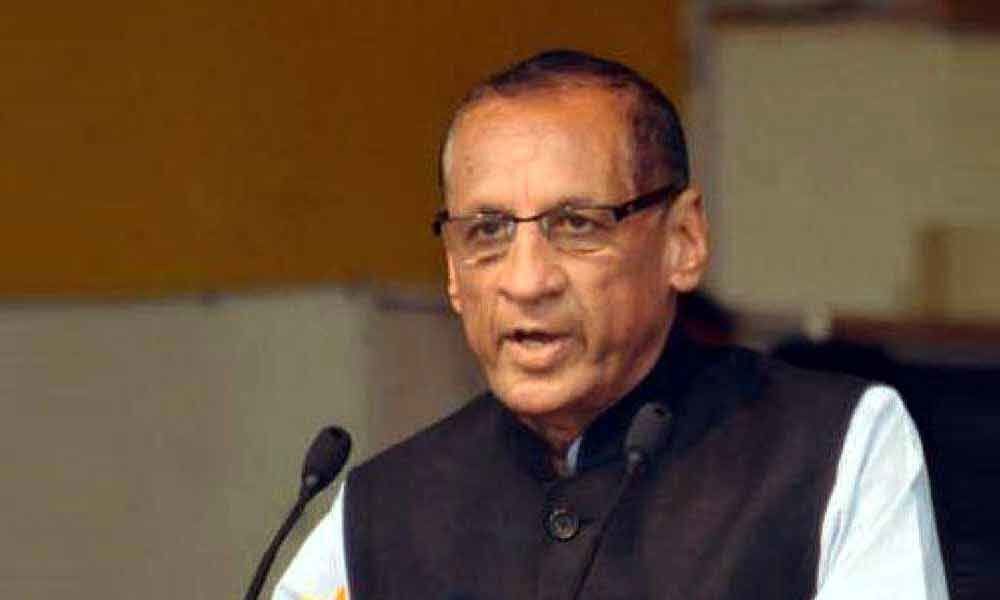 Outgoing Governor ESL Narasimhan has created a record of sorts as five Telugu Chief Ministers have worked under him during the last nine and half years in the office.

Hyderabad: Outgoing Governor ESL Narasimhan has created a record of sorts as five Telugu Chief Ministers have worked under him during the last nine and half years in the office. Governor Narasimhan has served Telugu people for more than nine years.

His first appointment as Governor of undivided Andhra Pradesh was in the year 2009 when the Telangana agitation was at its peak and K Rosaiah was the Chief Minister.

He was serving as the Governor of Chhattisgarh and was given additional charge of Andhra Pradesh on December 27, 2009 after resignation of ND Tiwari. Since then he has been the Governor for Andhra Pradesh and also Telangana after bifurcation of the State.

He was recently relieved from Andhra Pradesh when Centre appointed Bishwabhushan Harichandan as the new Governor of AP recently. Interestingly, Narasimhan served as Governor both in the Congress-led UPA and BJP-led NDA governments at the Centre.

After NDA government came to power in 2014, it changed Governors of several States but continued Narasimhan for AP and Telangana.

After 2014 elections, while he was Governor, Nara Chandrababu was the Chief Minister in Andhra Pradesh and K Chandrashekar Rao was in Telangana.

After the 2019 elections, YSRCP chief YS Jagan Mohan Reddy became the CM of AP and he is the fifth Telugu Chief Minister to work under Narasimhan.