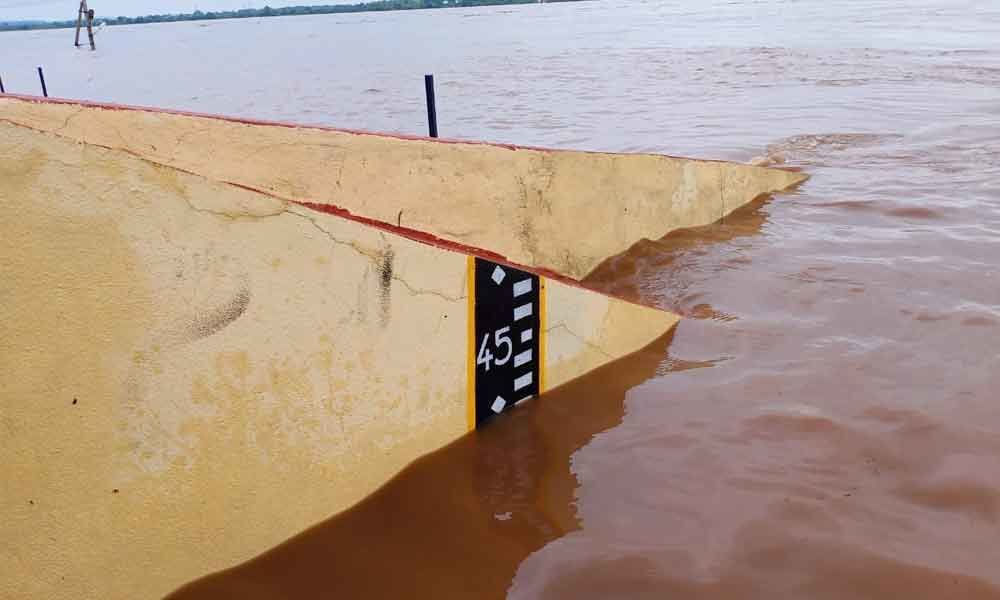 Bhadrachalam: Water level of the Godavari River rose here at Bhdarachalm rose. On Saturday morning at 10 am it was crossed first warning level 44.5 feet here said the officials. The Water level in the river rose with copious inflow from the upper catchment areas witnessed a heavy rain fall in the state.

With the flood water touching the bathing ghat, the devotees visiting the pilgrimage town are unable to take holy dip in the river.

District Collector Rajath Kumar saini monitoring the officials. He also ordered to the Mandal Thasildhars to take all measures due to flood. He also said, taking all measures to evacuate people from the Low lying areas if necessary. A control room was arranged at the Sub- Collector office Bhadrachalam said the officers.

In another hand 24 gates of Taliperu project in Cherla Mandal were opened, releasing 1, 15,000 cusecs water in to Godavari.

Due to flood, the water reached on the roads at Chatti village at East Godavari district the transport was cut from the neighbor states from Chhattisgarh, Andhra Pradesh to Telangana State.