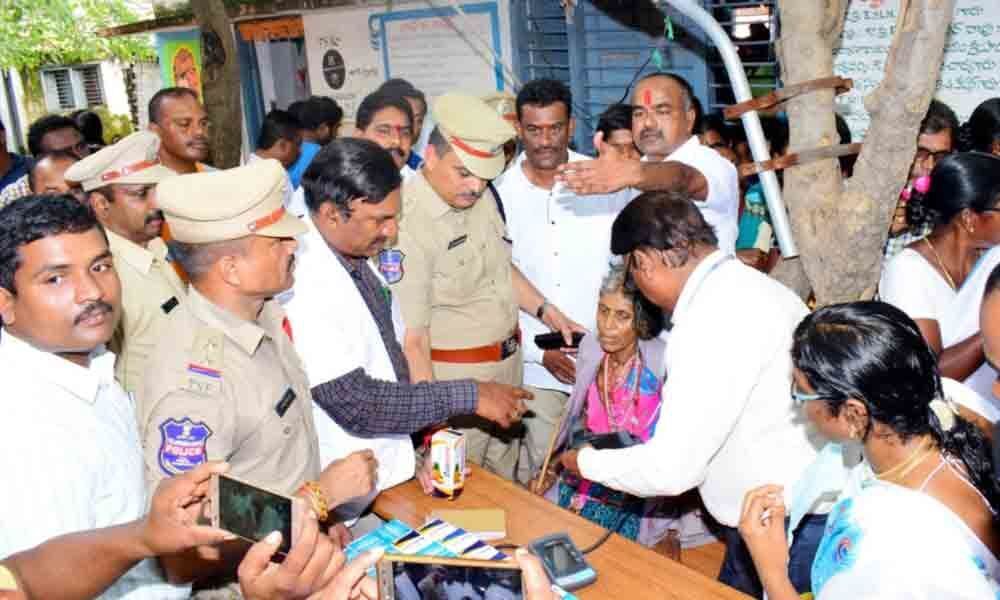 Addressing the gathering, the SP said that they have organised the camp to provide medical services for poor people and those from remote areas. A team of 20 expert doctors of different departments examined the patients and the police arranged free transportation for those patients, who were unable to come to the medical camp. Patients, who found sick during the medical examination, were transported to district headquarters hospital by special vehicles.

The SP urged the people not to neglect their health problems, advised them to have regular health check-up and to maintain eating schedule and to sleep properly. Later, the SP thanked the doctors' team for their medical service.

About 3,000 to 4,000 patients from various villages of Pembi mandal have visited the medical camp. Police also arranged free food to the patients.