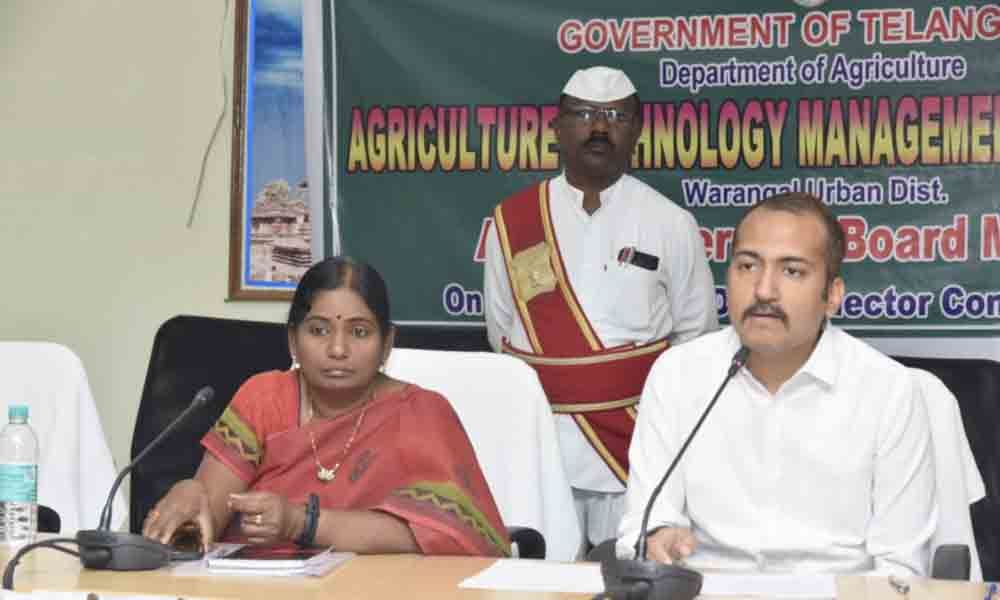 Hanamkonda: Two villages in each mandal would be developed as agriculture models under Agricultural Technology Management Agency (ATMA) scheme, Warangal Urban District Collector Prashanth Jeevan Patil said. Speaking at a meeting at the Collectorate here on Friday, he said that government initiatives related to agriculture and its ancillary units would be implemented in the model villages.

He said that impetus would be on mechanisation of agriculture. This apart, the farmers would be taken on exposure visits to other States to create awareness on modernisation of farming, he said. The Collector told the officials to set up toll free number for Eruvaka programme. To attend the calls, three agriculture graduates would be appointed, he said.