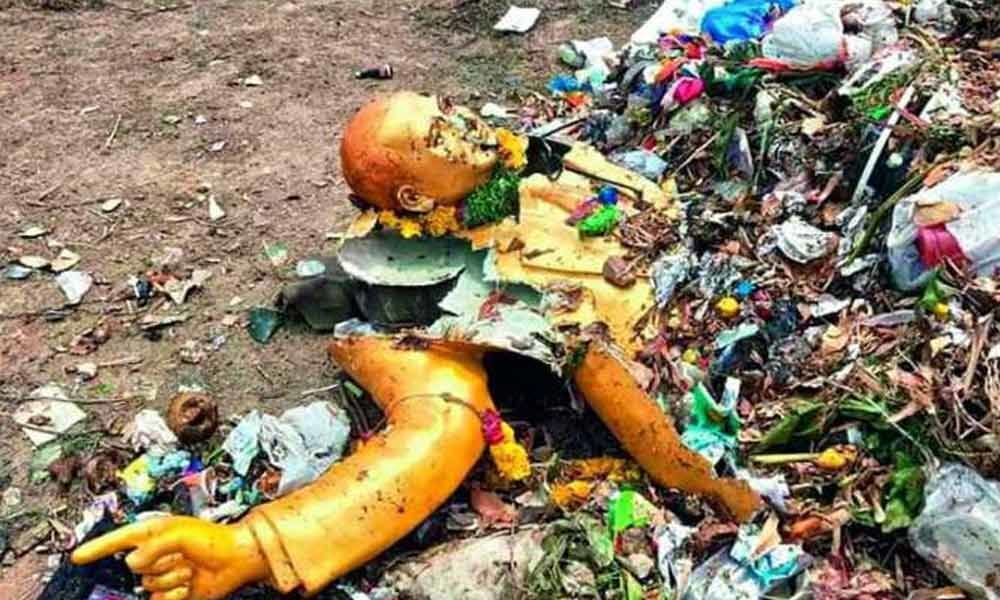 The 10-ft statue of Dr BR Ambedkar was vandalised and found in the dump yard on Saturday. Getting into the details, a group of people erected the statue of the Ambedkar at Punjagutta in the wee hours on Saturday without obtaining clearance from the GHMC on the occasion of128th birth anniversary of the father of the Indian Constitution.

However, the authorities removed the statue claiming that no permission was given to install the statue and shifted it to Kotla Vijay Bhaskar Stadium which was later found vandalised in a dumping yard. Meanwhile, the Ambedkar Statue Protection Committee led by G Vinod Kumar staged a protest against the removal of the statue from Punjagutta.

Kumar said that they have sought permission from the government to install the statue. He further said that he will intensify the protest as the police and GHMC humiliated Dr BR Ambedkar on his birth anniversary.

Reacting to it, the GHMC commissioner Dana Kishore ordered a probe and a senior IAS officer has been entrusted with the inquiry of the incident. Meanwhile, the GHMC initiated an action against the Yousufguda yard operator Balaji for shifting the statue from Yousufguda to the Jawaharnagar dumping yard without permission from higher officials.