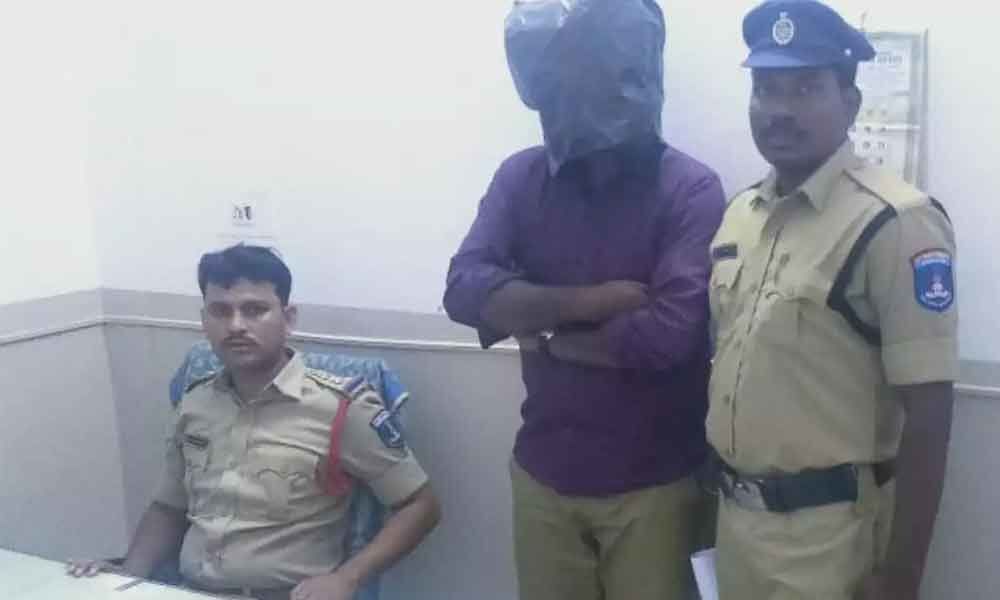 The Cyberabad police on Friday arrested a Chennai based techie for allegedly blackmailing 600 girls with their nude photos.

The Cyberabad police on Friday arrested a Chennai based techie for allegedly blackmailing 600 girls with their nude photos.

Clement Raj Chezhiyan aka Pradeep lured the girls on a job offer in a five-star hotel who in return sent their nude photos and videos to him. Besides not getting a job, the girls were blackmailed by the techie for money.

Based on a complaint lodged by a woman, the police registered a case arrested the techie from his home in Chennai. He was brought to Hyderabad on a transit warrant.

According to the police, the techie who works in an MNC used to run a fake HR office from his home and cheated 600 women from various states including AP, Karnataka, Maharashtra, Tamil Nadu and Delhi.

The accused collected phone numbers of woman and contacted them pretending to be an HR manager of a five-star hotel and looking for attractive women for the front end office job. He would say them that they have cleared the first round and made them speak with one Archana Jagdish for the second round.

Pradeep then contacted the women through another number and asked for nude pictures saying that they are particular about the candidate's figure.

He later shared the pictures and blackmailed the women for money from which he collected lakhs.