IFTU demands minimum salary of 16,000 to sanitary workers in Nizamabad 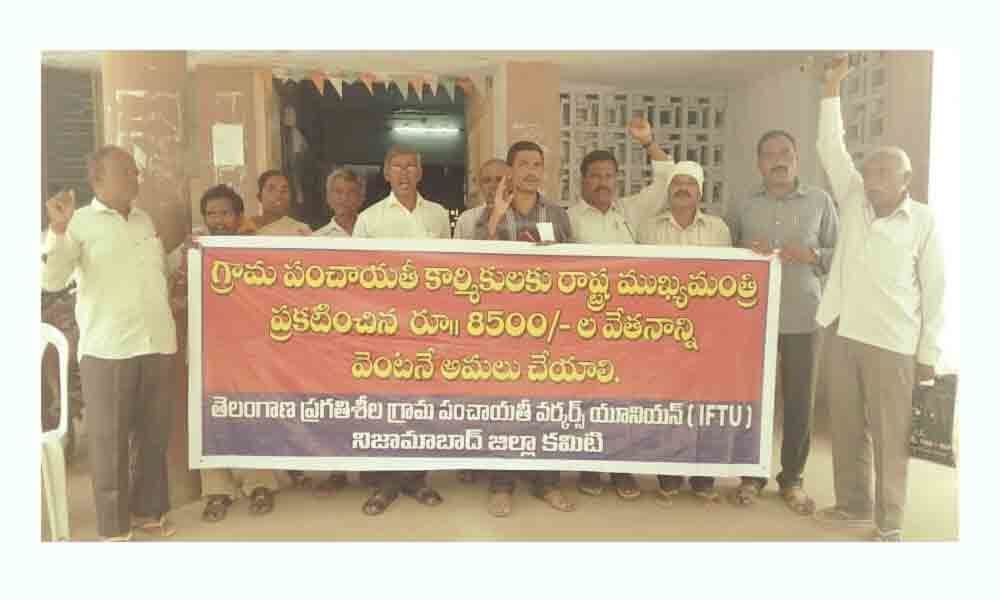 Addressing the protesting workers, JP Gangadhar reminded that the then Panchayati Raj Minister Jupally Krishna Rao on this same day last year had announced that the State government had decided to deposit Rs 8,500 as monthly salary in the bank accounts of sanitary workers and resolve their issues soon. Criticising that the rulers had forgotten their promises, Gangadhar demanded that PF also should be applied to sanitary workers.

The gates of Armoor RDO office were closed after observing the gram panchayat sanitary workers approaching the office. Workers raised slogans in front of the office gates under the leadership of IFTU leaders N Dasu, Surya Shivaji and Srinivas. IFTU leaders Rajeshwar and Mallesh said

that the TRS government is misleading the public, which is not implementing its promises. In Bodhan also, village panchayat sanitary workers staged a dharna. In Kamareddy, IFTU leaders demanded payment of minimum salary of Rs 16,000 on line with the ever increasing prices of all commodities. His further demands include immediate payment of salary arrears of Rs 8,500 from 2018 and provision of PF, ESI and accommodation to sanitary workers.