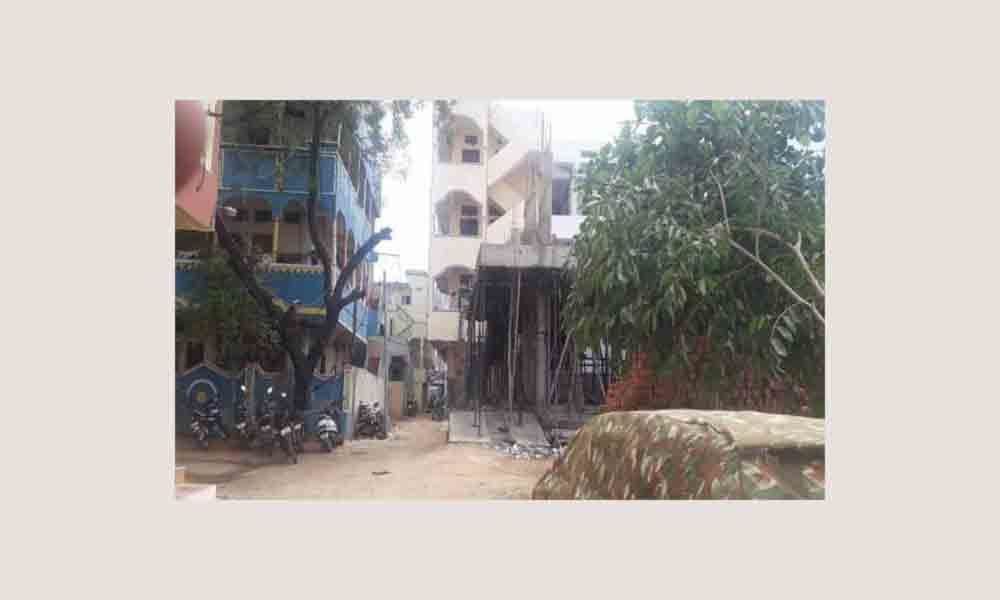 Rampant illegal constructions are thriving in Banswada mandal in Kamareddy district, without taking permissions, without following government or municipality rules and regulations and disobeying officials’ orders.

People are brazenly violating norms and taking up buildings' construction overnight, while the Banswada municipal administration apparently turned a blind eye to these illegal constructions and violation of laws. Some people are making temporary constructions while others are taking up permanent structures.

As per the rules, building owners should pay municipal tax in accordance with the government regulations in advance, before starting a new construction. Also, they should take a 'No Objection Certificate' from the Municipality.

In case of construction of a permanent building, the municipal authorities will consider land details and title deed and once they are satisfied with the papers, then only they will give permission for the construction.

In Banswada, negative aspects of land are becoming a boon to the aggressors and the same pattern is continuing in many parts of Kamareddy district. Illegal constructions by violating norms is most common in almost all municipalities, especially in the former district of Nizamabad. Permanent illegal structures in various towns and cities are going strong.

The authorities alleged to be not restricting wealthy communities and politicians, who do not follow municipal rule and regulations. The civic authorities were criticised for cracking whip on poor people, who commit the same wrong. While it is crystal clear that unauthorised structures are on the rise in Banswada, its Municipal Commissioner Kumaraswamy denied of any illegal constructions.

He said that strictly no construction is done without municipality permission and added that serious action will be taken against such persons, who resort to illegal constructions. The civic chief said that they haven't received any complaints of unauthorised structures in this mandal so far.