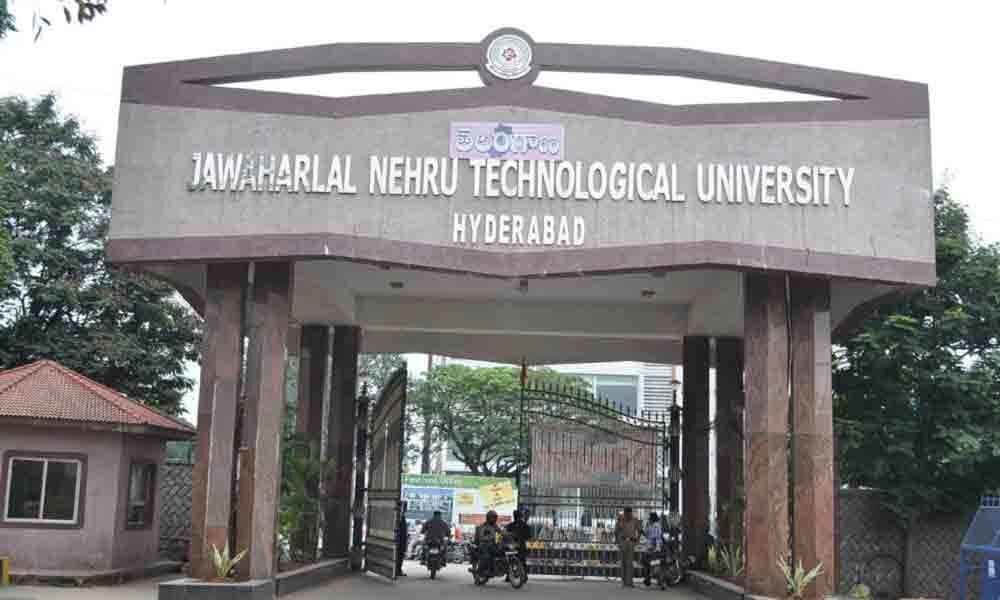 Senior officials at the Jawaharlal Nehru Technological University, Hyderabad (JNTU-H) are shocked over some private universities in the State recruiting candidates who were earlier blacklisted by them on account of possessing fraudulent doctorate degrees.

Hyderabad: Senior officials at the Jawaharlal Nehru Technological University, Hyderabad (JNTU-H) are shocked over some private universities in the State recruiting candidates who were earlier blacklisted by them on account of possessing fraudulent doctorate degrees.

According to sources, earlier the JNTU-H had blacklisted eight candidates working as faculty members in the private engineering colleges affiliated to it.

However, out of the three candidates working as faculty members teaching Computer Sciences Engineering (CSE) were recruited by a private university.

Speaking to The Hans India, a senior JNTU-H official said that the faculty members in question were blacklisted under section 12.9 of the affiliation regulations of the university on account of possessing fraudulent doctorate degrees. Further, the university had also decided to take legal action against them.

But, to the shock of the JNTU-H authorities not only the university in question had recruited them but they are also acting as supervisors guiding students admitted in the doctoral programmes.

What shocked more, the official said, "According to the University Grants Commission (UGC) norms, there is a limit of the number of research scholars (both regular and part-time) a faculty member can guide at any given point of time.

However, the private university in question reportedly admitted 100 research scholars and all of them are pursuing their doctorate degrees in part-time mode," he said.

When contacted officials in the Telangana State Council of Higher Education (TSCHE) they said, " Private universities recruiting faculty members blacklisted by the State universities shows the kind of irregularities taking place in them."

However, if credible information is provided to the council, it can write to the UGC and All India Council of Technical Education (AICTE) to take appropriate action, they said.

Besides, students or any other person can also lodge a complaint on the UGC grievance portal said sources in the UGC, South Eastern Regional Office, Hyderabad.