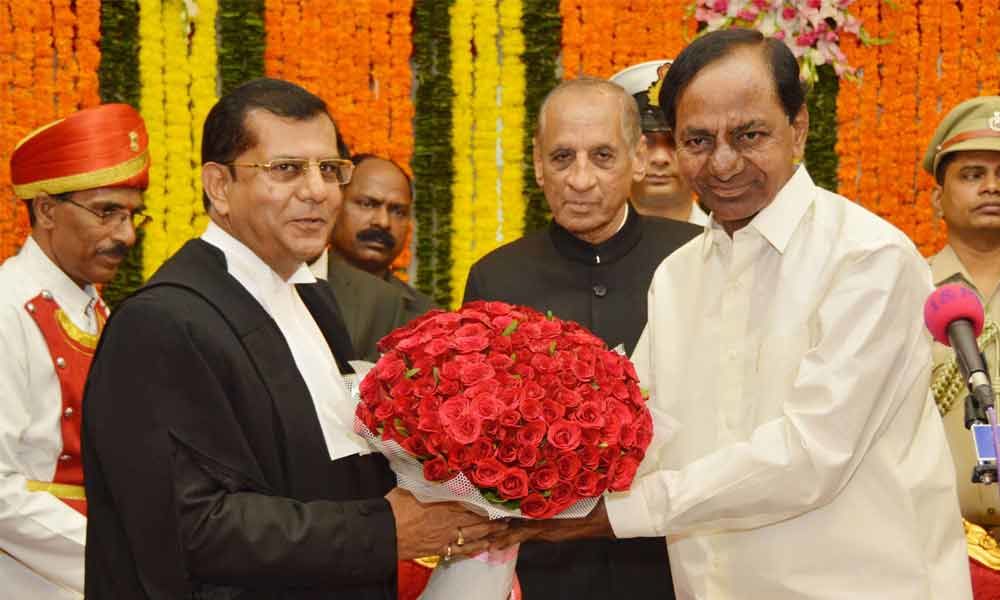 Chief Minister K Chandrashekhar Rao presenting a bouquet to Justice Raghavendra Singh Chauhan who was sworn in as the Chief Justice of the Telangana State High Court at Raj Bhavan on Saturday. Governor E S L Narasimhan is seen
Highlights

Hyderabad: Governor E S L Narasimhan on Saturday administered the oath of office to Justice Raghvendra Singh Chauhan as the Chief Justice of Telangana High Court at a function held at the Raj Bhavan here.