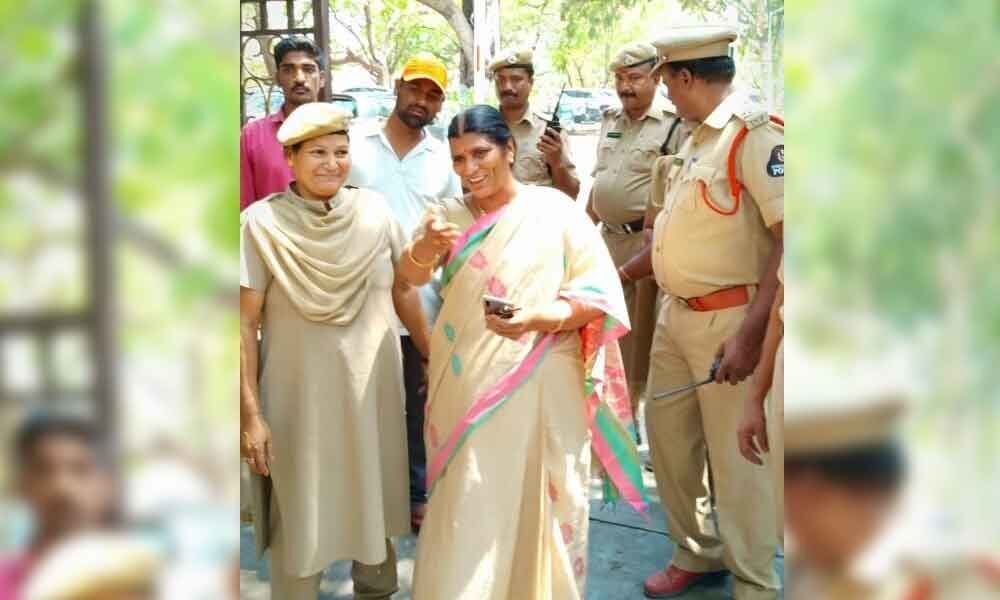 She requested the DGP to take action against one person identified as Koti and two Telugu news channels and other miscreants for spreading false information about her on social media.

After submitting the memorandum to the DGP, she spoke to the media and said that one Koti posted false information about her on social media on April 4 and attempted to tarnish her image and character.

She alleged, "without taking my image and character into account and forgetting the fact that I am former Chief Minister N T Rama Rao's wife, two Telugu News Channels under conspiracy conducted live interview of Koti and spread derogatory allegations against me."

She urged the DGP to take strong action against the management of the news channels. Lakshmi Parvathi said DGP spoke to City Police Commissioner Anjani Kumar on phone and ordered him to carry an in-depth enquiry in the case.

Later, she met the Hyderabad CP and submitted the complaint to him. CP spoke to the Cybercrime sleuths and enquired about the case details. Later, she handed over her phone to the police for further investigation.