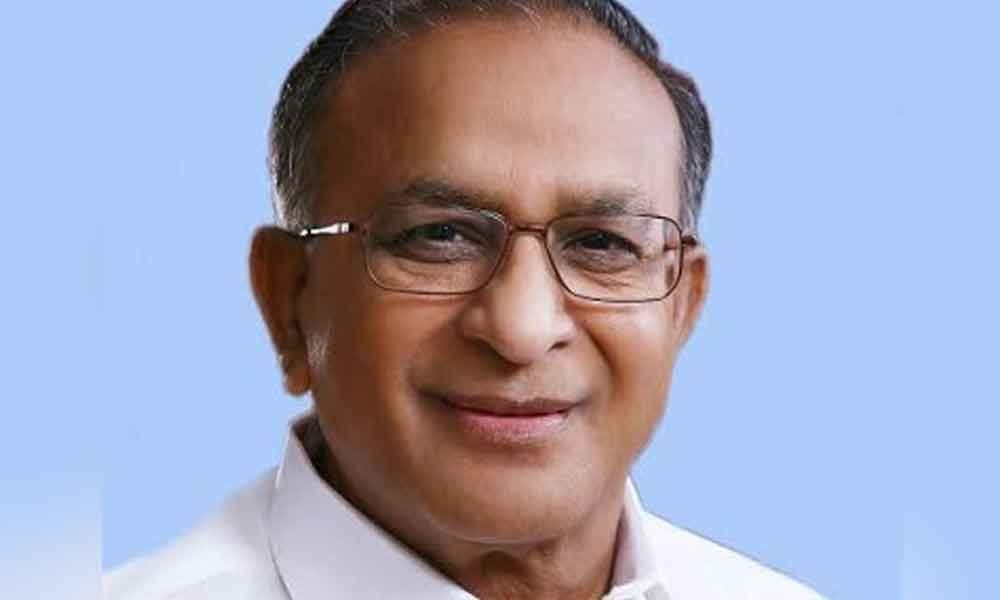 Hyderabad: Vice President M Venkaiah Naidu visited the residence of Jaipal Reddy at Jubilee Hills and paid tributes to the departed leader. Recalling his relationship with him, Naidu said both of them have sat on one bench in the State Assembly after getting elected for the first time to the legislature.

"Both of us were called 'Tirupati Venkata Kavulu' for our oratory skills in the Assembly," he recalled. Governor E S L Narasimhan in his condolence message said Jaipal Reddy was an outstanding parliamentarian from Telangana.

"In his long political career, Jaipal Reddy held several ministerial berths in the Union Cabinet. An excellent administrator and a gifted speaker, his death caused a vacuum in Telangana politics and the State lost a dedicated leader and great public servant," he said.

He visited the residence of the senior Congress leader and paid floral tributes to the departed leader. The Chief Minister has conveyed his condolences to the members of the bereaved family.

He instructed the Chief Secretary S K Joshi to make arrangements for the conduct of the last rites of the departed leader with State honours. Maharashtra Governor Ch Vidyasagar Rao said Jaipal Reddy is one of the outstanding parliamentarians from Telangana who dominated the national political discourse for nearly two decades.

He recalled, both being alumni of the Osmania University, "despite our ideological differences, we remained best friends. In his demise, Telangana has lost a dedicated public servant and a fine human being."

United Progressive Alliance chairperson Sonia Gandhi in her message said she was grieved to learn of the sudden passing away of Jaipal Reddy. A powerful orator, always at the forefront of putting forth Congress Party's views, a trusted colleague and respected senior leader of the party, she said.

Minister of State for Home Affairs G Kishan Reddy visited the house of Jaipal Reddy and paid floral tributes to the departed leader.

Recalling his services, the Minister recalled how he had played a crucial role along with former Union External Affairs Minister Sushma Swaraj in the formation of Telangana.

Pondicherry Chief Minister V Narayana Swami said he has worked with Jaipal Reddy in Lok Sabha and Rajya Sabha. He said the former Union Minister worked hard when the Congress was in troubles.

Bharatiya Janata Party (BJP) president K Laxman said the former Union Minister was always at the forefront when he was in the opposition both in the State Assembly and Parliament in voicing the problems of the people.