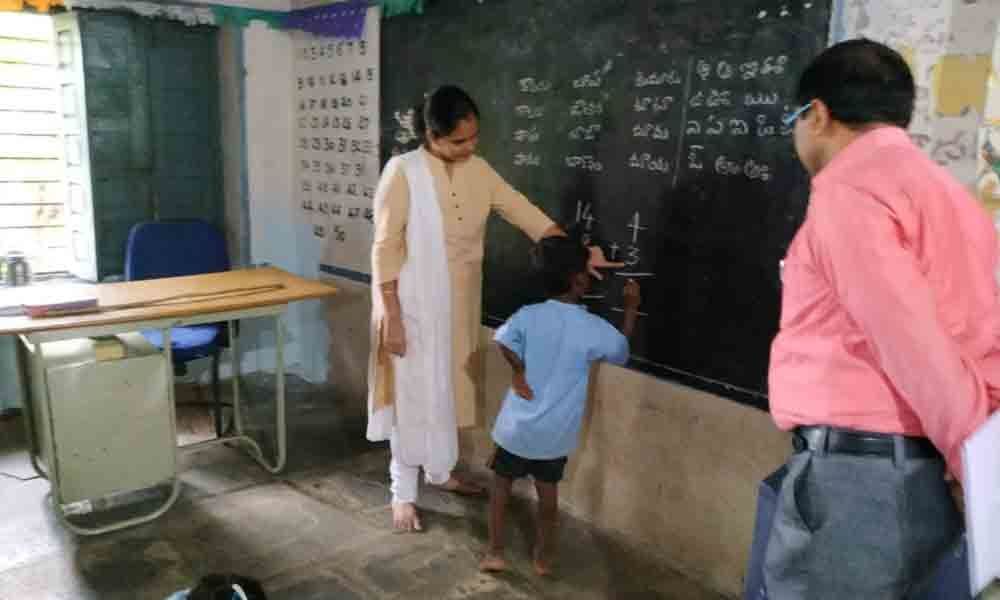 Adilabad: As part of the 30-day action plan, District Collector D Divya inspected Anganwadi centre and Government Primary School at Maleborgaon village under Adilabad rural on Friday. She interacted with the students of the Primary School and asked a student to do addition of 4+7. When the student failed to answer, she told him learn how to do maths problems and she will come again to ask.

Later the Collector visited Anganwadi centre and enquired about the problems. She attended gram sabha in the village and created awareness on cleanliness and the need of individual toilets. She asked the villagers to develop green cover in the village and told that everyone must plant saplings under Haritha Haram drive. Later she inspected roads and drainages in the village.