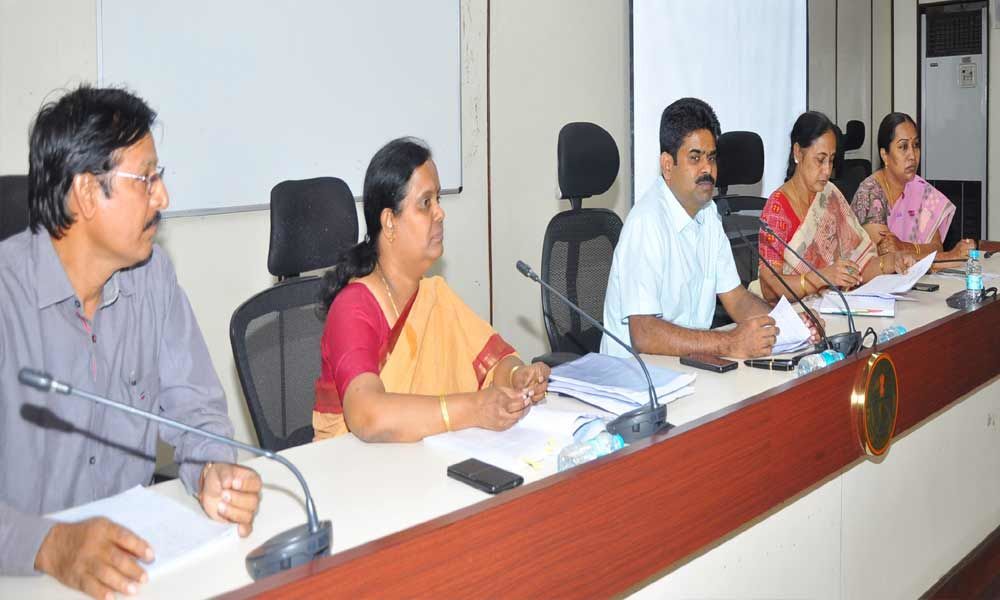 District Collector Lokesh Kumar advised the Lok Sabha contestants to limit their campaign expenditure as stipulated by the Election Commission.

He was participating in a review meeting with officials concerned on electoral expenditure at the Collectorate here on Friday.

Addressing the gathering, the Collector advised the FST, video surveillance team, flying squad, concerned eight constituencies' elections expenditure observers and nodal officers to take steps and ensure that election expenditure does not cross the limit prescribed by the Election Commission.

Lokesh informed that the EC has decided Rs 70 lakh as candidate's expenditure for the election.

He said a formed a flying squad team was setup to prevent the distribution of liquor and money.

Lokesh said all vehicles will be strictly checked and added that the unaccounted money would be seized.

He advised the people to ring up the toll free number '1950' to lodge complaints about issues related to voter enrolment and others.