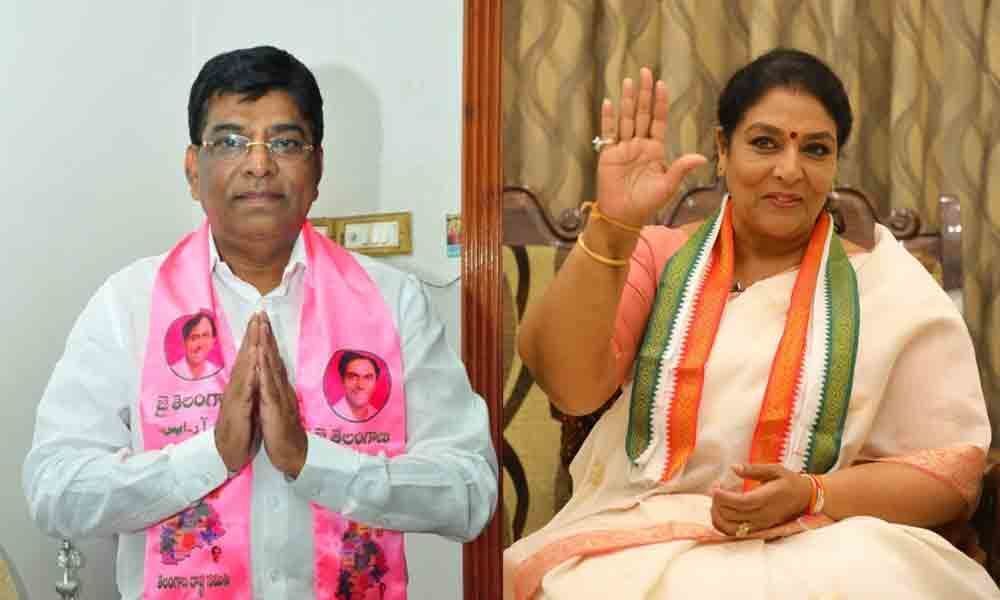 After 41 days of waiting, the Parliamentary election results are set to be announced on Thursday.

Khammam: After 41 days of waiting, the Parliamentary election results are set to be announced on Thursday. Although all contestants are anxiously awaiting the results expressing confidence about their victory, there would be only one winner.

The Khammam Parliamentary segment, which has been one of the most prominent Parliament constituencies in the State, saw neck-and-neck fight between the TRS, the Congress, BJP and Left. Though the contestants, Nama Nageswara Rao from TRS and Renuka Chowdhury from Congress are national leaders, people are of opinion that they are not available to the locals.

Meanwhile, the recently-released exit polls have heightened the excitement and anxiety among people and leaders of Khammam district. In 2014, Ponguleti Srinivas Reddy won the seat by beating his opponent Nama Nageswara Rao with 11,974 votes majority. However, when it came to percentages, Ponguleti won over Nama with only 1 per cent of votes. Later, Ponguleti joined TRS holding the seat until elections.

Coming to counting, the district officials have made all the necessary arrangements for the process at the Vijay Engineering College in Khammam. The counting will start at 8 in the morning.