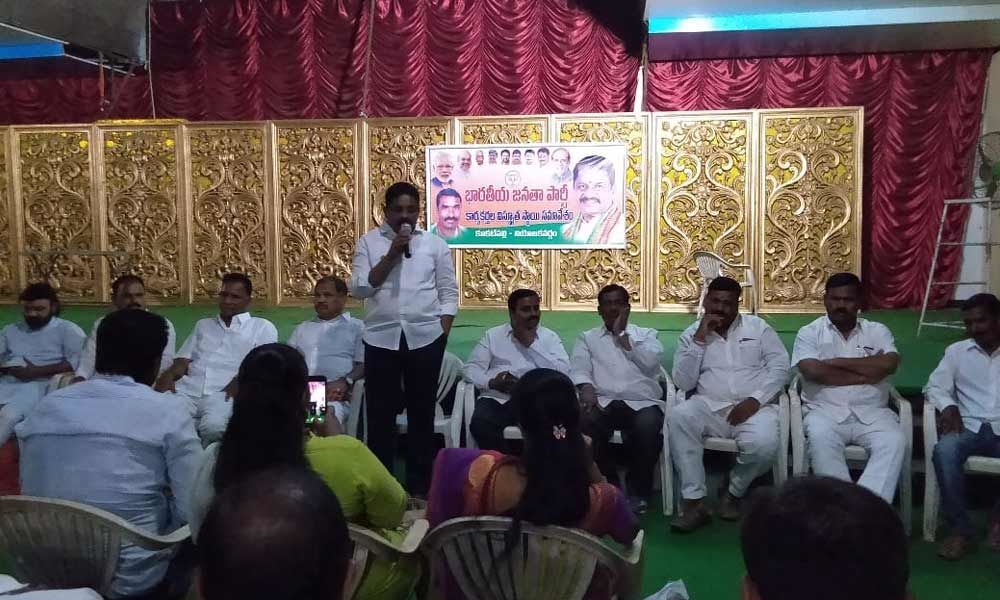 Kantha Rao participated as the chief guest in the BJP activists meeting held at Tumu Padma Rao Garden in Moosapet on Friday.

Speaking on the occasion, he criticised the ruling party for not developing the state even after winning 15 Lok Sabha seats.

He called upon the people to vote for the BJP candidates, who are keen on developing Telangana.