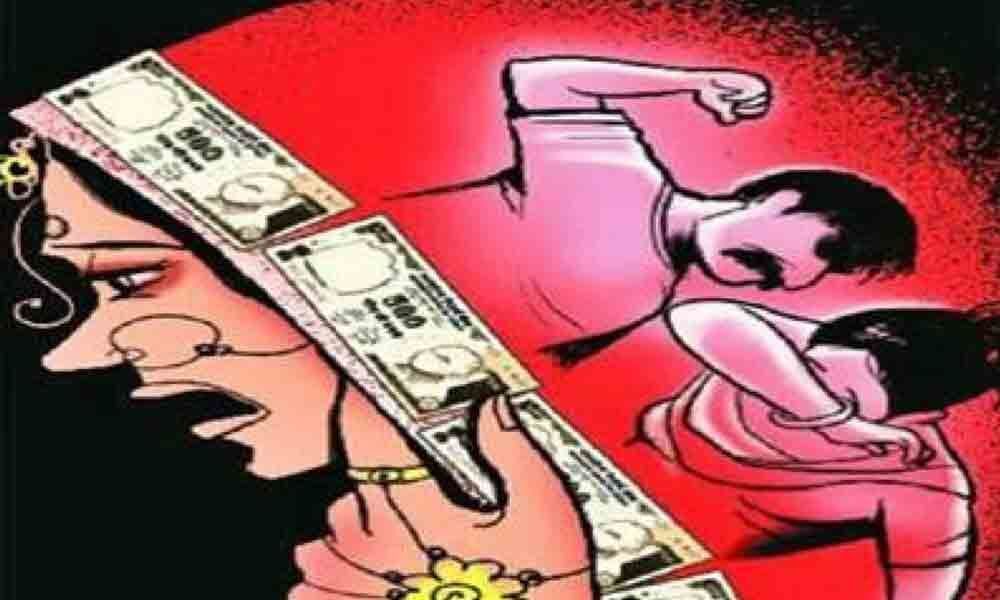 He was sentenced to one-year jail besides a penalty of 2,500

Kodad (Suryapet): Kodad town CI Suresh Kumar on Friday, in a press statement, has informed that Kodad Junior First Class magistrate Sreedevi pronounced one-year jail term and Rs 2,500 penalty to the accused Mudavath Hussain in connection with a dowry harassment case under Section 255(2) of Code of Criminal Procedure and Sections 498-2, 323 and 506 of Indian Penal Code.

The accused has been working as supervisor in a private organisation and a native of Rahagvapuram Thanda hamlet of Nandipadu village of Miryalaguda mandal in Nalgonda district.

Based on complaint lodged by Hussain's wife, the then Station House Officer filed charge sheet. After cross examining the seven witnesses, the judge pronounced the verdict of one-year jail term and Rs 2,500 penalty.

If accused failed to pay the penalty, he would have to go for another 15-day jail term as per the verdict of the magistrate, he added.