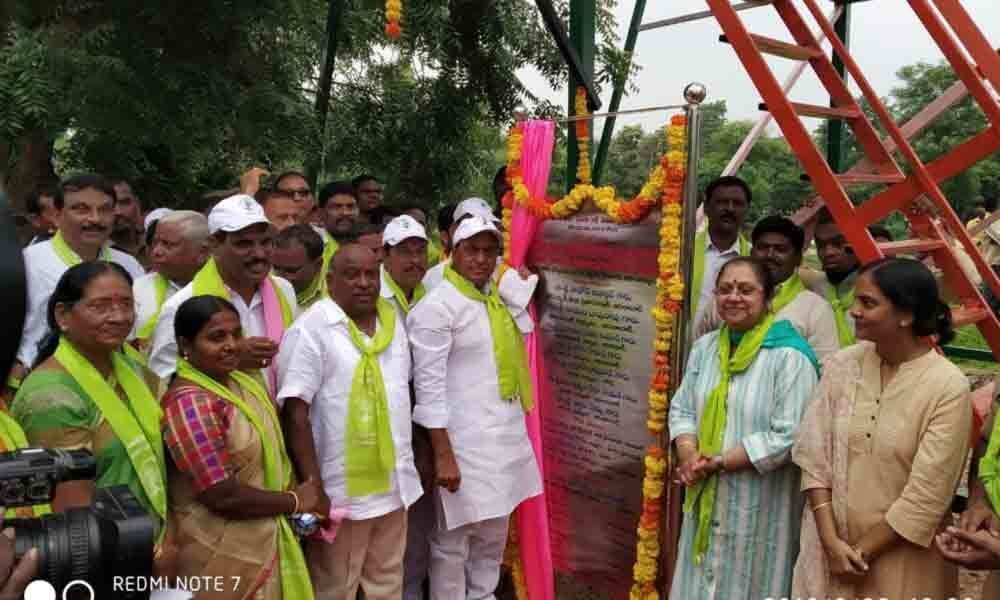 Speaking on the occasion, Minister Reddy said Chief Minister K Chandrashekar Rao is striving to conserve forests and afforestation to develop green cover across the State. As part of that, the government has taken up 129 urban parks in the State, of which 18 parks were successfully completed and the remaining are under progress, he said.

The Minister assured that Adilabad Haritha Vanam park, which sprawled over 1,000 acres now, will be developed in another 3,000 acres of forest land to increase the green cover with an estimation cost of Rs 3.05 crore with the Central government's Compensatory Afforestation Fund Management and Planning Authority (Campa) funds.

Later Minister Reddy planted saplings in Smruthi Vanam under Haritha Haram drive. He called upon the people to plant saplings and to protect them to develop into forests to give fresh oxygen to future generations.