Nalgonda: People told to embrace TRS for growth to continue 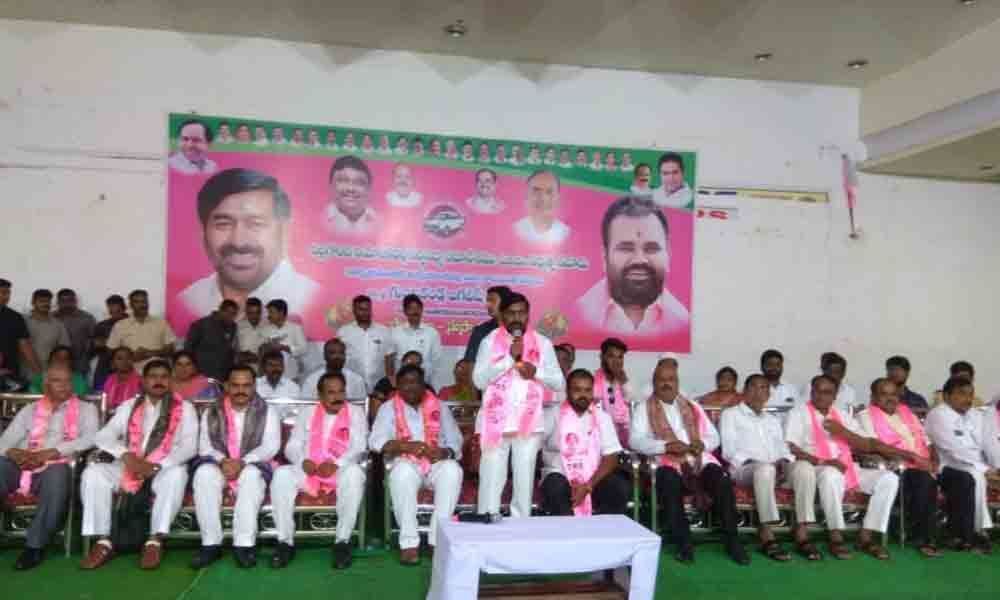 Minister for Education G Jagadish Reddy stated that Telangana got a special identity with the formation of Telangana Rashtra Samithi under the...

Nalgonda: Minister for Education G Jagadish Reddy stated that Telangana got a special identity with the formation of Telangana Rashtra Samithi under the legendary leadership of K Chandrashekar Rao.

Along with Local MLA Bhupal Reddy, the Minister launched the party membership drive in Nalgonda town. Speaking on the occasion, Jagadish said TRS was the only party in the world which fulfilled all the poll promises in a given time frame.

Stating that the Chief Minister has introduced a new style of people-friendly ruling in the State, he said the State government was putting all out efforts to turn Telangana into a fertile State and eradicate poverty.

"The actual change in the State started after TRS came to power in 2014. All sections of people are getting benefits from the welfare schemes implemented by the State government," the Minister claimed, adding that people who would wear TRS scarf would get special recognition as Telangana State was made a reality due to the efforts of the pink party.

"The execution of Kaleshwaram lift irrigation scheme was possible because of TRS government which had succeeded in convincing the neighbouring States," he said, adding that the TRS had emerged as a strong political force in the State and the same was proven with the results of Assembly, Gram Panchayat and local body elections. He exuded confidence that TRS would create a record in membership with collective efforts of its leaders and cadre. Membership drive in-charge T Ravinder Rao, ZP chairman Banda Narender Reddy, MLC Tera Chinapa Reddy, party leaders Vemireddy Narsimha Reddy, Krishna Reddy, former MLC P Ravinder, party town president A Ramesh Goud, party local leaders and cadre attended the programme.