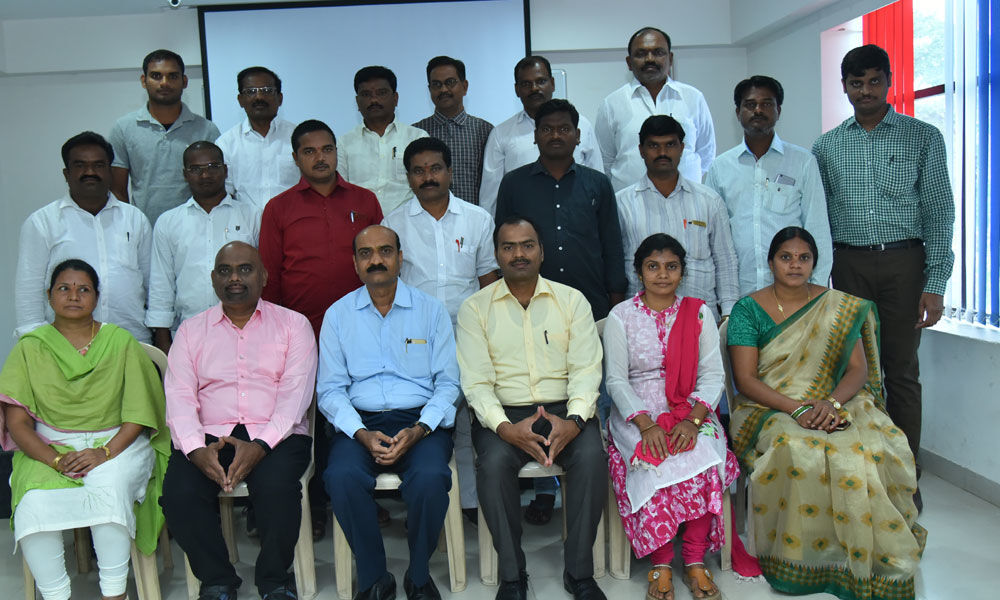 Hyderabad: With a burning desire to become good orators, the participants of 74th batch of 'Vaktha' are ready to grab a mike and speak without any inhi...

Hyderabad: With a burning desire to become good orators, the participants of 74th batch of 'Vaktha' are ready to grab a mike and speak without any inhibitions. The participants who otherwise were reluctant to take the stage have now decided not to lose any opportunity to captivate the audience.

Jointly conducted by HMTV and Kaushalya School of Life Skills, the two-day public speaking skills training programme was attended by several aspiring politicians and businessmen from Telangana State and Andhra Pradesh on Sunday and Monday. While expressing satisfaction at the end of training session, they termed the two-day programme as a life time experience.

D Bal Reddy, Director (Training), Kapil Group and lead faculty of the programme, said that public speaking is a skill, which could only be sharpened by regular practice. Giving important tips and techniques related to public speaking, he said that greatest leaders in the world were 'influencers.' Some of these influencers had an edge over others because of their oratory skills. "Most of the people around us are encyclopedias, but they fail to express their ideas to others," he felt.

S Anand Parjanya, faculty on body language, trained the participants on maintaining their posture while delivering a speech and communicating at a public place. He explained as to how the orator, should communicate the subject with coordinating actions of hands.

K Srikanth, another faculty, explained important techniques of voice modulation, since a good speaker maintains a high tone while delivering the speech. He made students practice some of the important tips and showed how voice culture and modulation can make a person an effective public speaker.

In their feedback, most of them felt marked change in thems, who otherwise would tremble on stage owing to nervousness. An aspiring politician from Mahbubnagar, K Anjaneyulu felt more confident and was ready to grab a mike whenever there is a chance of public speaking.

He affirmed to overcome any kind of inhibitions towards becoming a good public speaker. D Rajagopala Rao, felt that the purpose of attending the training session was achieved, as he now feels like a transformed man after being enlightened with life skills. He said that the two-day programme would definitely make the difference for them.

A Mohan Rao from Guntur said that he had overcome stage fear and promised to speak without any hesitation. Ch Leelavathi from Nalgonda, who wanted to overcome all kinds of shortcomings in her public speaking, described her experience of attending the training session as fulfilling.

The experience, she said, was better than what she had expected.The 75nd session of Vaktha will be held on April 20 and 21. For further information interested persons may contact on phone number 9553586062.