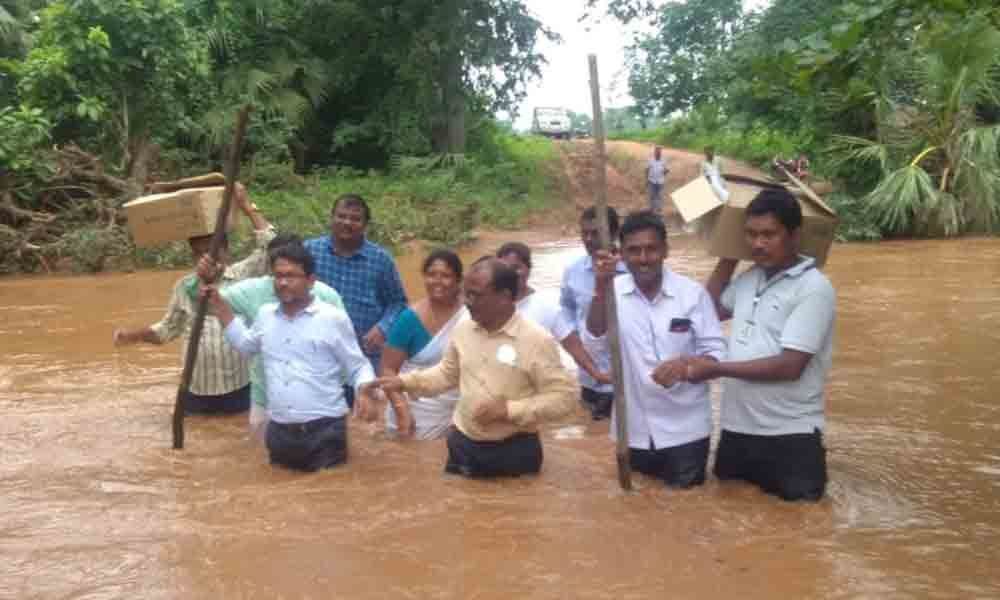 During the camp, they conducted blood tests on about 140 villagers in two villages. They diagnosed seven people suffering from malaria.

With a local stream was overflowing, the officials had to wait for three hours to cross it. Finally, they had to wade through waist-high waters.