Race hots up in TRS for 3 MLC seats 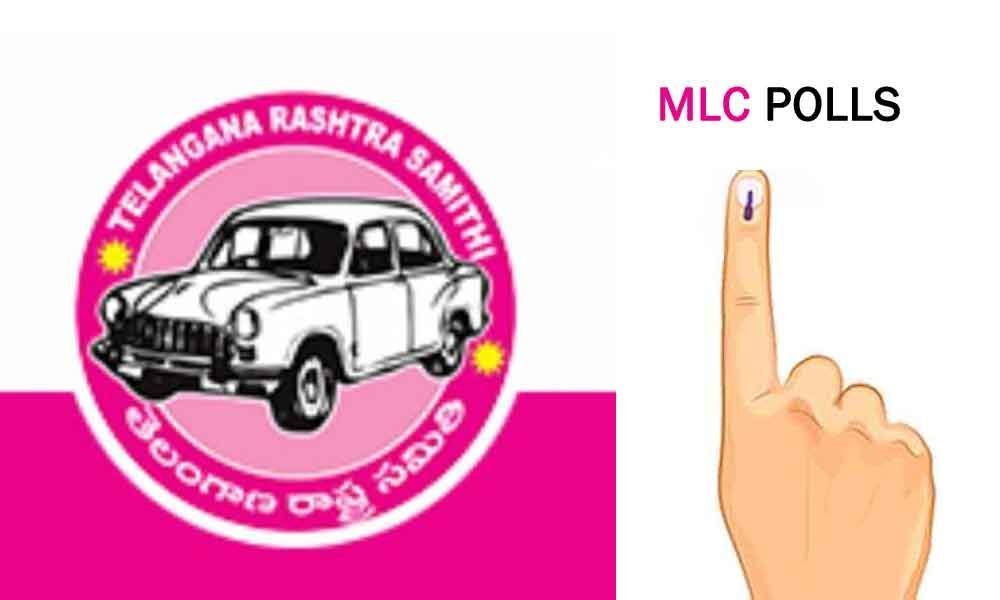 Hyderabad: Competition is hotting up among aspirants in the ruling Telangana Rashtra Samithi (TRS) for party tickets for MLC bye-elections to the three Local Authorities Constituencies (Ranga Reddy, Nalgonda and Warangal), notification for which was issued by the Election Commission on Tuesday.

Names of Kurmaiah Gari Naveen Rao and former minister Patnam Mahender Reddy are doing rounds for Ranga Reddy ticket, while Pochampally Srinivas Reddy is believed to be the frontrunner for Warangal LA constituency.

Gutha Sukhender Reddy's name is all but a certainty from Nalgonda as Chief Minister K Chandrashekar Rao announced that the senior leader would be given an MLC ticket in lieu of him giving up his sitting MP seat (Nalgonda) to another leader.

It may be recalled here that these elections were necessitated due to the resignation of three MLCs -- namely Patnam Narender Reddy (Ranga Reddy constituency), Komatireddy Rajagopal Reddy (Nalgonda) and Konda Muralidhar Rao (Warangal).

Their actual term was set to end in January 2022, but all of them had resigned from their posts in December 2018. While the first two quit as they got elected as MLAs in December, Konda Murali resigned in view of his party switch to the Congress.

Elaborating details about the polls, Telangana CEO Dr Rajat Kumar said that elections would be held as per the existing voter list. He said the commission is geared up for the polls to be conducted on May 31.

He said that elections are being conducted at first to vacant MLC seats that are free from legal cases. Election notification for another vacant MLC seat under MLA quota would be issued soon, he said.

It may be mentioned here that cases of disqualification of three MLCs namely K Yadava Reddy, S Ramulu Naik and R Bhupathi Reddy are pending in the court and hence the ECI has not considered by-polls to these seats.

While Ramulu Naik was nominated under Governor's quota, Bhupathi Reddy got elected from the Local Authorities constituency and Yadava Reddy from MLAs' quota.

As per the notification issued on Tuesday, the bye-election for three MLC seats would be held from 8 am to 4 pm on May 31. Counting of votes will be done on June 3 (Monday).