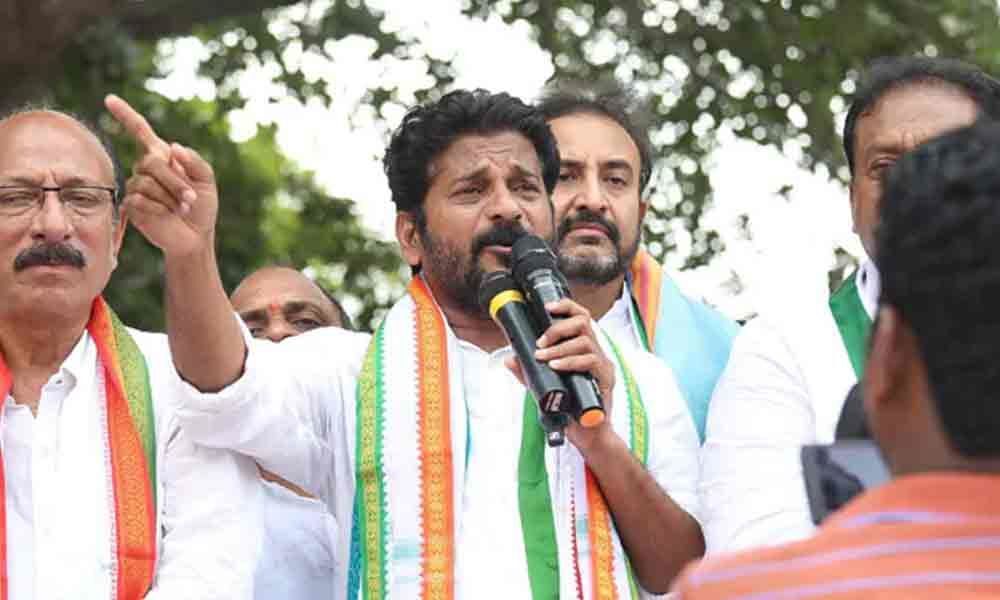 PCC working president Revanth Reddy on the Sunday urged people to unite so that the State and Central governments do not dare to encroach upon their lands for uranium mining.

Nagarkurnool: PCC working president Revanth Reddy on the Sunday urged people to unite so that the State and Central governments do not dare to encroach upon their lands for uranium mining.

Addressing the people in Chenchu pentas of Amrabad mandal of the district, Revanth said that the State and central governments are trying to remove the poor tribal of Chenchus from the forest areas and designing cruel plan to take over their lands for the uranium mining. "Chenchus must keep themselves united.

We are here to support your cause and protect your rights and fight against the encroachment of Nallamalla forest. If you are united we will stand by you, even if they bring battalions of force they cannot do anything," said Revanth while creating awareness to the Chenchus on the State and Central government's plans to evacuate the poor Chenchus from the forest.

Revanth said that on one hand the government is spending thousands of crores of rupees for the Haritha Haram to grow trees, on the other, here is a case where they are coming forward to cut down the trees of hundreds of years of old age and want to destroy the Nallamalla forest and the surrounding region in the name of uranium mining.

Uranium mining will not only pollute the air, water and land but also destroy the entire environment in the Nallamalla region. He advised the Chenchus to get united and fight against the nefarious designs of the State and Central governments.

The State Congress working president said that the government through the Forest department has already started removing more than 100 tribal tiger trackers from the Chenchu communities who were appointed to track the tigers in the forest. Now by removing them the government has ruined their livelihood.

A Chenchu tribe while requesting the leaders urged them to help them protect their culture and livelihood. Some Chechus who complained of lack of drinking water were also promised by Revanth that very soon he would dig a bore well for them to provide the drinking water for the Chenchu penta.