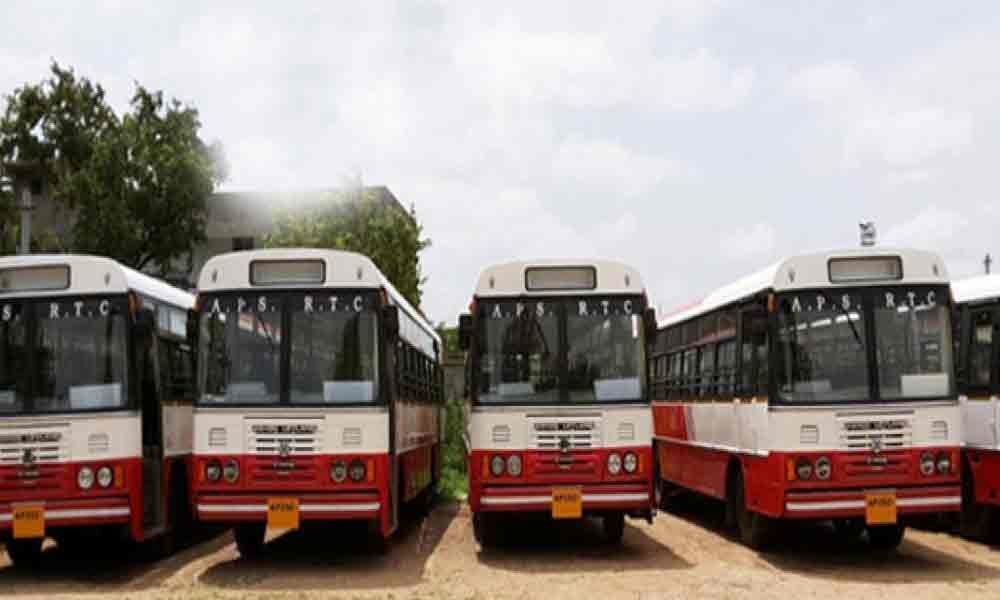 TSRTC Employees Union on Tuesday gave strike notice demanding merger of RTC with the government and on the wage agreement between the workers and management in 2017.

Hyderabad: TSRTC Employees Union on Tuesday gave strike notice demanding merger of RTC with the government and on the wage agreement between the workers and management in 2017.

Talking to media after serving the strike notice, the Employees Union president S Babu and general secretary K Raji Reddy said that the proposal for merging of TSRTC with the government was made in October 2013 and a GO was also released regarding this. The process stopped because the government has not taken any step on this.

Raji Reddy further alleged that the employees are facing problems because they are deprived of pay revision even though they were assured to provide revised pay scales from 2017.

The TMU which was party to agreement has given up the issue and the agreement was not implemented for 29 months. The workload on the staff has increased because of non-recruitment of more staff during the last five years, he alleged.

The EU leader demanded the management to cancel the diesel incentive being given to the hired buses, which is causing huge losses to the corporation. He also demanded the government to crack whip on the private travels for not following the rules.

He said that the retired employees are not getting settlement even after one year and low pension was also leading to financial problems to them. The EU leaders including working president M Venkati Goud, vice president Aruna Kumari, E Venkanna, Ahmad Ali, D Gopal, K Ramireddy, K Rajender, A Trilochana, B Jakkaraya and others were also present.