Solve pensioners issues within a week: Joint Collector B Rajesham 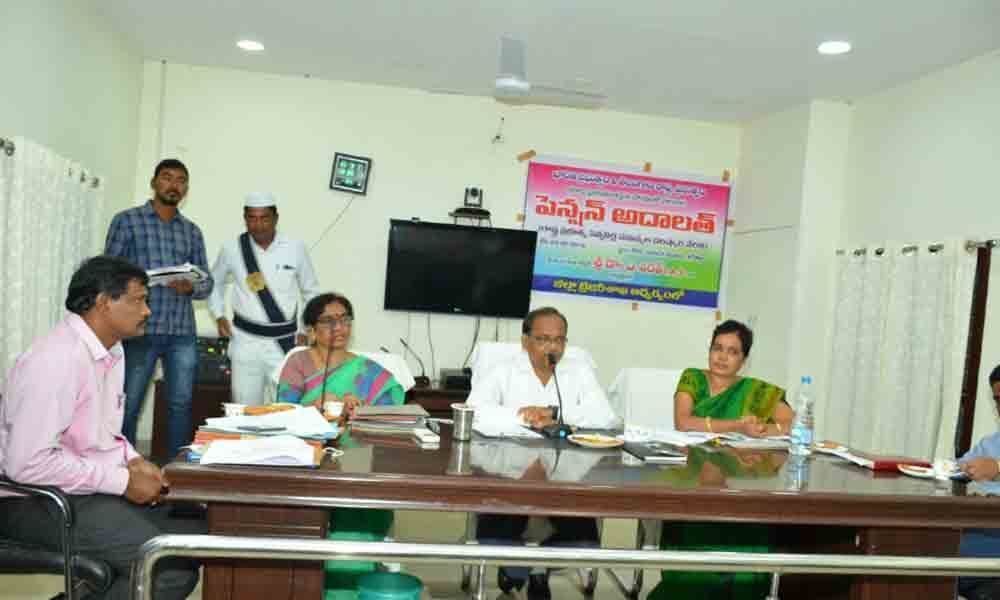 Joint Collector B Rajesham ordered the officials of concerned departments to solve all the issues pertaining to the retired employees.

Jagtial: Joint Collector B Rajesham ordered the officials of concerned departments to solve all the issues pertaining to the retired employees. He attended as a chief guest at the Pension Adalat programme to solve various issues of pensioners and retired employees, at the conference hall of Rural Development Office in Jagtial on Friday.

Speaking on the occasion, Joint Collector B Rajesham said that it is the minimum responsibility of the officials to solve the issues of thousands of employees, who retired after rendering better services, without keeping them in pending. The officials along with the staff members of various government departments, who are in service, must remember that they too will retire someday.

So, whenever an issue of a retired employee comes to their notice, they must take immediate steps to solve them, he ordered.

The JC said that it came to his notice about some issues with the pensions related to 14 retired employees in the district. After reviewing the issues, he gave suggestions to solve them within a week and also created awareness about the documents that must be submitted to the employees, who approach them seeking pensions.

District Treasury Officer S Padma, District Audit Officer B Sujatha, ATO Srinivas and other officials were present along with others.