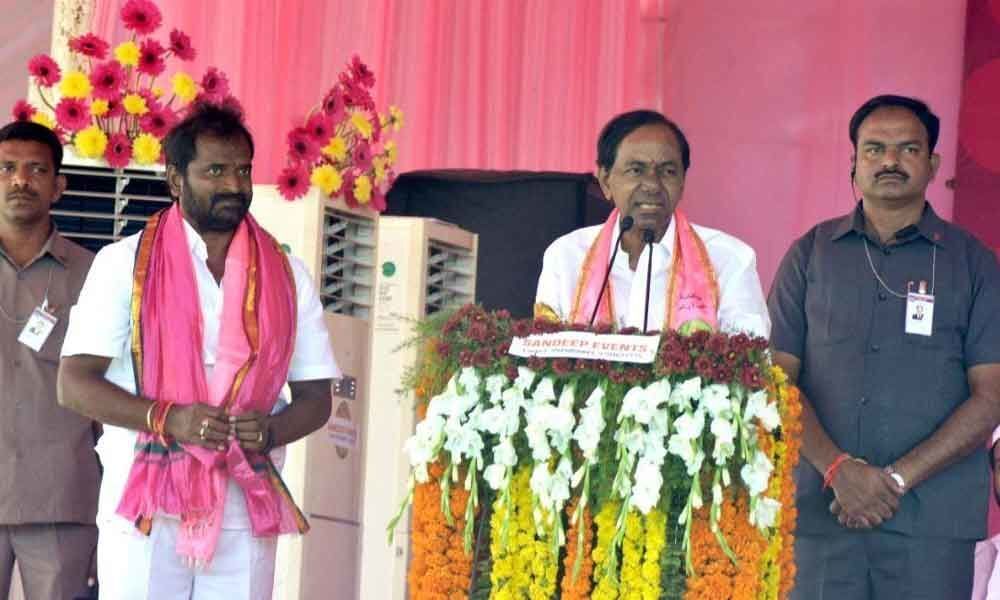 Mahbubnagar: Taking part in the TRS election campaign in support of party MP candidate from Mahbubnagar Manne Srinivas Reddy, Excise Minister Srinivas Goud observed that the pace of development would be speeded up if the people of the district supported the TRS candidate in the upcoming Parliament elections.

"With the support of TRS candidates the pace of development will be increased. Therefore, people must vote for the TRS candidate and give him a thumping majority," said Srinivas Goud, while taking part in a door-to-door campaign in ward number 12 in BK Nagar Colony in Mahbubnagar on Thursday.

The Minister alleged that both the BJP and the Congress have ruled the country for the last 70 years, but failed to bring in any qualitative change in the lives of people. If TRS is voted to power, he said, the party would work in the direction to design long-term and concrete policy initiatives that would help the people of this country to reap the benefits of the resources which were left unused since decades because of inefficient political leadership in the country that ruled India in the last 70 years.