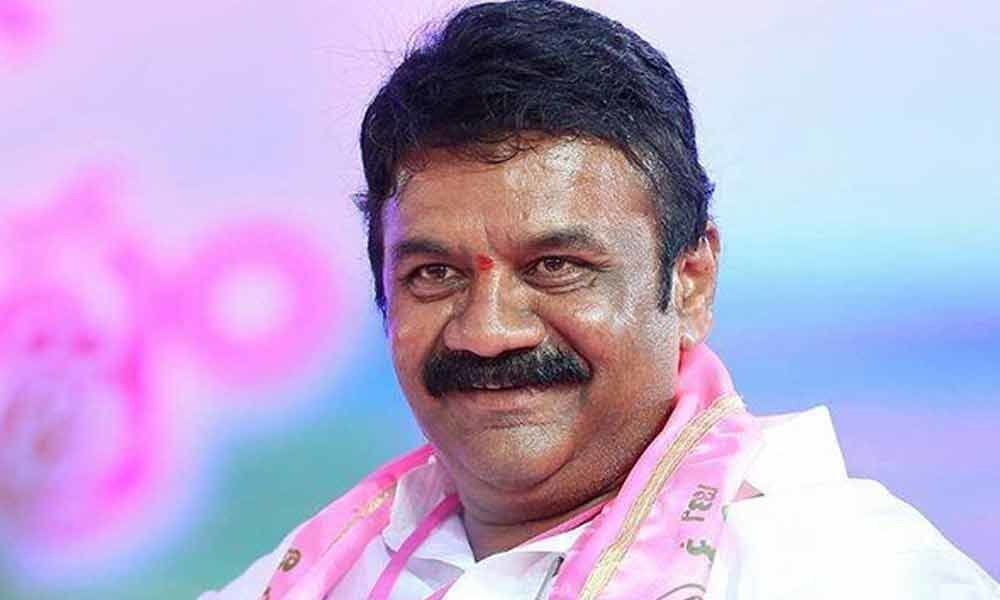 Animal Husbandry Minister Talasani Srinivas Yadav says the entire country is proud of a project like Kaleswaram but CLP leader Bhatti Vikramarka is...

Minister Talasani Srinivas Yadav on Monday alleged that the Congress government did not even dig the mud in Pranahita Chevella project but was involved in large scale corruption.

Addressing a press conference here at TRSLP office, Srinivas Yadav said entire country is proud of a project like Kaleswaram but the Congress leader is talking irresponsibly by sitting at their party office Gandhi Bhavan.

Bhatti Vikramarka is thinking that there is no other intellectual in the world like him, Yadav said.

"Chief Minister K Chandrashekar Rao has been overseeing the works of the project like an engineer," Yadav said. He alleged that the Congress party was involved in corruption.

The TRS leader said the Congress leaders were not happy to see Vikramarka as CLP leader hence they were leaving him. He pointed out that Vikramarka had called off his strike on the advice of Congress president Rahul Gandhi, but their party leaders said there was no such call from the latter.

The Minister also lashed out at BJP leaders for targeting the Chief Minister. He said the BJP leaders who have won four Lok Sabha seats are jumping up and down.

He reminded that the people have expressed confidence in the TRS in the Panchayat elections. He also questioned Union Minister G Kishan Reddy's comments about Hyderabad becoming den for terrorists.

"Kishan Reddy is a first time MP and first-time Minister. Can he talk like this? Which is going to impact brand image of the city," Yadav questioned.

Yadav said the Chief Minister's Federal Front was for solving the issues of the people with the help of regional parties.