This Hyderabad school has produced stars like Satya Nadella, Jagan Mohan, Syed Akbaruddin and many more 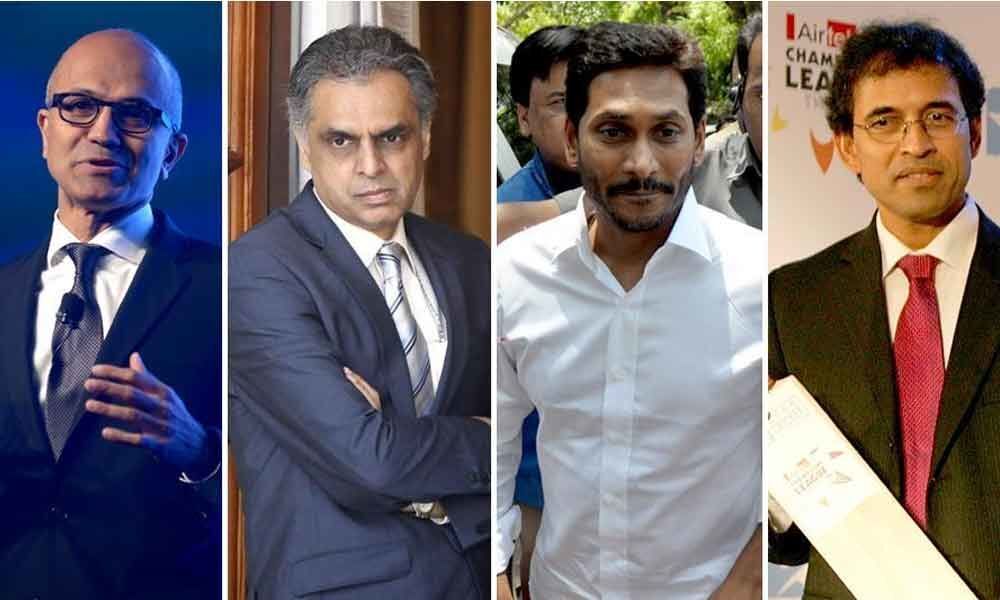 The premier educational institution of the city has churned out powerful people like Satya Nadella, Syed Akbaruddin, Y.S. Jagan Mohan, Harsha Bhogle and many more.

With Syed Akbaruddin in news for leading India's charge on Kashmir at the United Nations, the spotlight is on the distinguished alumni of Hyderabad Public School (HPS).

"My Alma Mater-ever grateful 2 thee (sic.)," the leading diplomat tweeted after HPS said it was proud to recognize man of the moment.

Syed Akbaruddin, who passed out from HPS in 1976, is the 1985-batch IFS officer and handled many key diplomatic assignments including the spokesperson of the ministry of foreign affairs.

The HPS alumni rose to great heights of success and fame in different fields like business, politics, civil services, sports and films.

HPS managing committee member Marri Aditya Reddy told IANS that the institution was proud of its alumni excelling in various walks of life. He was all praise for Syed Akbaruddin for the way he is defending India at the United Nations.

"Somebody who comes from Hyderabad and from simple upbringing is defending the nation. We are so proud of him. It speaks of the immense value system created at HPS over the decades," said Aditya Reddy, grandson of former Andhra Pradesh Chief Minister Marri Channa Reddy.

With its strong eco-system, HPS helped its pupils coming from modest background to become leaders in different fields. "This is what gives us excitement. Ordinary people were able to excel in personal and professional capacities. It was possible due to the value system created in the HPS atmosphere," said Aditya Reddy, also an alumni of HPS.

Inspired by famous Eton College of Britain, Mir Osman Ali Khan, the last Nizam of Hyderabad State founded the school in 1923. It was exclusively meant for the sons of the nobility.

It was only in 1951 that the HPS opened its doors for public. Even after Independence and Hyderabad State's merger with Indian Union, the school had the elitist tag as children of only powerful politicians, wealthy businessmen, IAS and IPS officers and celebrities used to get admission.

The school started admitting girls in 1984. Aditya Reddy said when Channa Reddy was the chief minister he brought a balance in the running of the school by giving some control to the government by making principal secretary education the chairman of HPS board of governors.

HPS, which started with six students in 1923, today has nearly 3,000 students. It is run by a society comprising eminent people from all walks of life. Its management committee has seven members while 35-member board looks after day to day affairs of the institution.

Spread over 130 acres in Begumpet near the old airport in the heart of the city, HPS is said to have the largest campus than Vatican City. Its main building is a heritage structure while the campus has trekking routes, rock-formations, two cricket fields, athletic arena and several hockey, football grounds and a big library.

Aditya Reddy said HPS shed the tag of elitist school long ago and it had been giving admissions to SCs, STs, BCs and minorities as per the government policy.

"We have been maintaining the social and economic balance. There is no differentiation as we also admit children from under privileged sections of the society," he said.