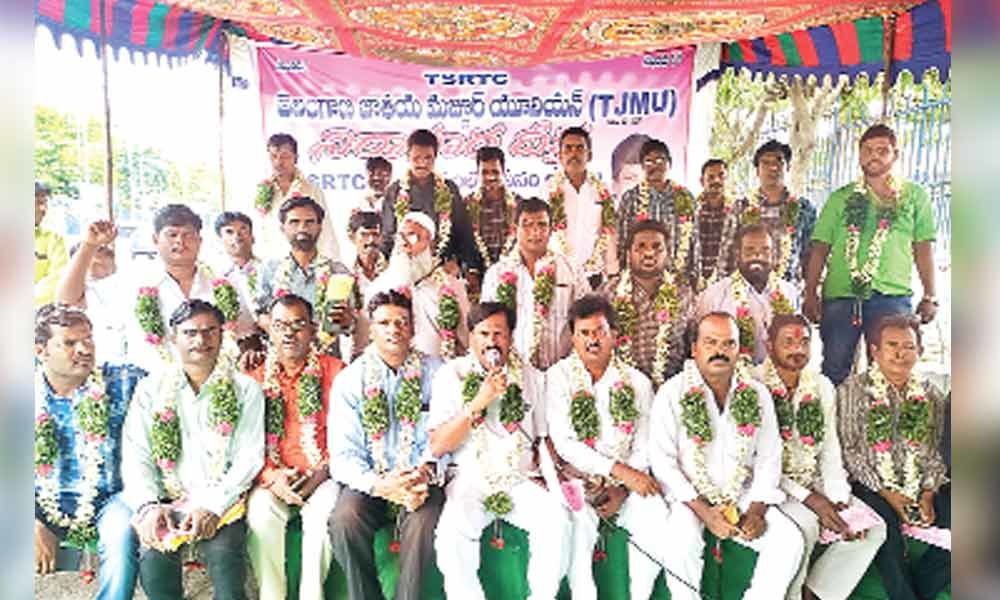 He was speaking at one-day hunger strike organised by the union demanding the state government to address their issues, at Dharna Chowk on Wednesday.

Speaking to media persons during the protest, Hanumanth Mudhiraj demanded the state government to merge the RTC in government, as promised by KCR during the Telangana agitation.

Remembering another promise of KCR that they would get wages on par with that of central government employees, he demanded KCR to keep up his promise.

While the neighbouring state AP has been holding discussions to merge RTC in government, the Telangana government, which has promised the merger, remains silent, he lamented.

He said that both the recognised union and EU have failed to question the management on the issues. He urged RTC employees to elect TNMU in the forthcoming union elections.

He promised that the union would strive to provide security to drivers and conductors, reduce workload of employees and super-specialty medical services to employees.

He urged RTC employees to teach a lesson to the recognised union and other unions in the forthcoming union elections for remaining silent on various issues.