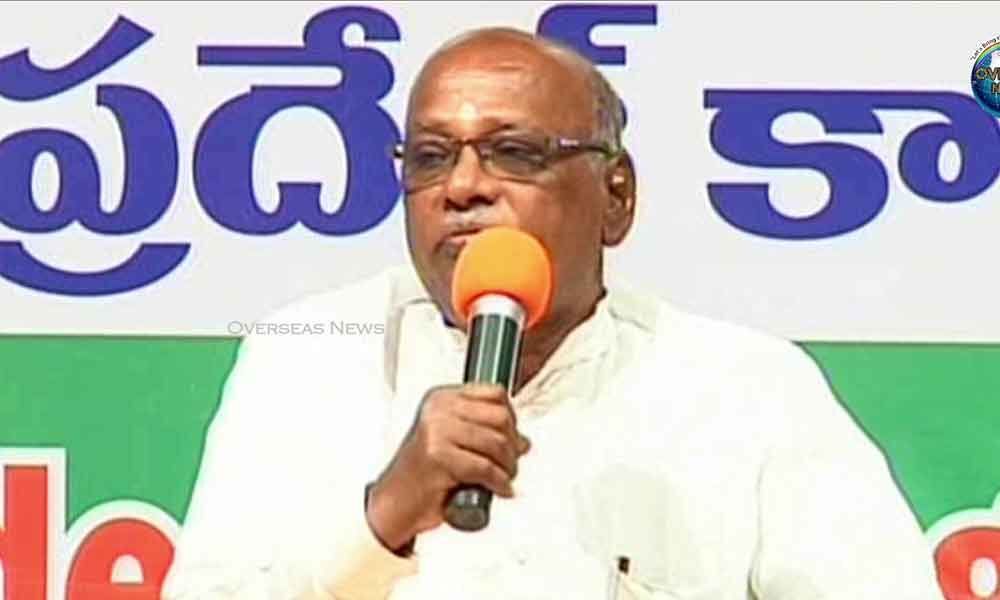 Hyderabad: TPCC spokesperson G Niranjan on Friday lashed out at Chief Minister K Chandrashekhar Rao for stating that he would use the money earned from sale of land in the State capital for construction of Palamuru-Rangareddy Lift irrigation project.

He asked the CM whether Hyderabad city was his kingdom. Speaking to mediapersons on Friday, Niranjan said though there was a proposal to make Hyderabad into a Union Territory, the Congress shelved the move as Hyderabad contributes 45 percent of the total income of the entire State.

He alleged that the CM was trying to erase the history of Hyderabad city by demolishing all historic monuments. He also asked the CM about his statement of making Hyderabad into an Istanbul.

He demanded that the Chief Minister complete the lift irrigation project by mobilizing funds from other resources.