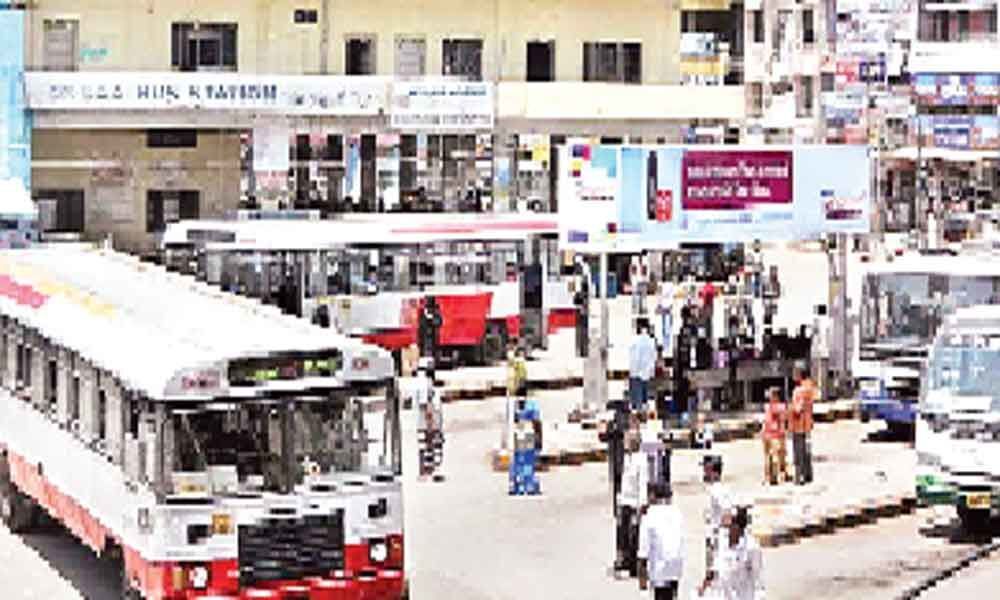 The new traffic rules as per the amended Motor Vehicle Act is sending shivers down the spines of motorists each time they are venturing out, denizens wonder if the drivers of TSRTC are out of the ambit of the challans being imposed by the traffic police, when they fail to adhere to the traffic norms like fastening seatbelt.

Hyderabad : The new traffic rules as per the amended Motor Vehicle Act is sending shivers down the spines of motorists each time they are venturing out, denizens wonder if the drivers of TSRTC are out of the ambit of the challans being imposed by the traffic police, when they fail to adhere to the traffic norms like fastening seatbelt.

The social activists who have been monitoring the situation the roads and how the traffic police is imposing hefty challans on motorists point out that the traffic rule is for everyone. "Rules are only limited for the 2-3-4 (cars) wheelers and they are penalised if they do not follow norms, but heavy vehicles including the RTC buses appear to be exempted from this, as most of the drivers are seen without fastening their seat belt.

With at least 40 passengers on board any of the RTC bus, the safety of each passenger should be the priority and hence the bus driver has greater responsibility and of not risking his and passengers' lives. Therefore, drivers of the bus should be held accountable and norms should be enforced," said Ilyas Shamsi, a social activist.

Ever since the amended Act has been announced, the City Traffic police is spreading awareness amongst the motorists and drivers of all kinds of private vehicles can be seen adhering to the traffic rules for the sake of saving money, but there is no awareness among the heavy vehicle drivers. None of the driver of the bus is seen penalized for seatbelt violation, except cell phone driving or a signal jumping.

Transport department Motor Vehicle Inspector, P Ravinder Kumar said every vehicle has a seatbelt and according to the Traffic rule all drivers must fasten a seatbelt, be it bus or a heavy vehicle. It is mandatory for the bus drivers who has a seatbelt to fasten the belt. "As most of the old buses are not having a seatbelt, the drivers of new buses who have a seatbelt should fasten it and it's mandatory," he noted.

According to Deputy Superintendent, Koti bus-depot, K Mallesh, every bus has a seatbelt from the manufacturing company and every driver must fasten it. But it's been not fastening by the RTC drivers because the driver faces problem while driving. "As the regular buses has a normal steering, the driver finds it difficult to turn and make U-turns and also for changing gears. But the new buses including AC buses driver should fasten their seatbelt," he added.

AC Bus driver who rides 222L said that the new model buses has a seatbelt and its compulsory to fasten. "We find difficulty while riding bus specially in turning and U-turns, the reason we don't fasten it," he noted.

Speaking about the issue K Venkatesh, Senior Congress leader said that, the RTC buses are for public service and it should also include public safety as priority. "It should also mandatory for the district and tourist buses and the traffic police should generate awareness amongst the bus drivers for fastening the seatbelt, if any one violates they must be penalized for violation as they penalize to others for not fastening a seatbelt", he added.

Traffic DCP K Babu Rao said that the fasten of seatbelt is compulsory for all vehicles including 4-wheeler, RTC buses or a heavy vehicles and everyone must have to fasten a seatbelt while driving and if not they will be penalised.