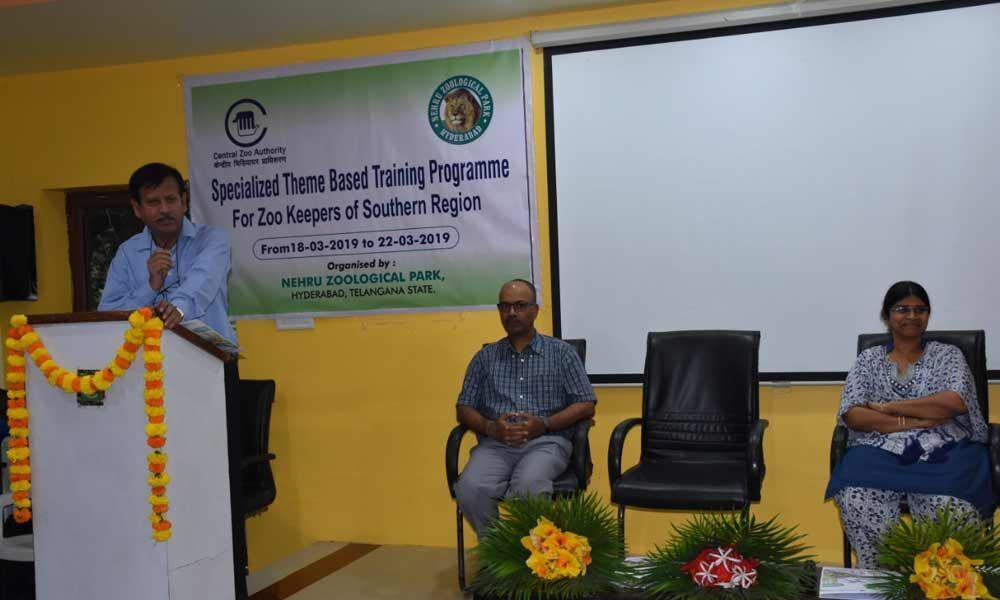 It is a five-day ‘specialised theme-based training programme.Zoo keepers will be taught the method of looking after animals with care

Bahadurpura: As per the guidelines stipulated by the Central Zoo Authority, New Delhi, a five-day workshop on 'Specialised Theme Based Training Programme for Zoo Keepers' on a regional basis began at the Nehru Zoological Park in Bahadurpura on Monday.

Speaking on the occasion, Munindra said that the role played by the animal keeper was very vital and essential as the animals caged in the zoo develop a close bond with them.

The topics which will be covered in the workshop are upkeep of captive animals during breeding season and post-natal care, feeding of animals in captivity, stress management, nutrition and feed, enclosure and sanitation and health care of captive animals. Later, B Laxmi Narayana, a biologist, gave a power-point presentation on the management of the Avian species in captivity.

Later, in the afternoon session, Assistant Conservator of Forests, (Retd) K Shekhar Reddy addressed the keepers and briefed them about the role of keepers in zoo management.

The animal keepers were taken round the zoo, especially at the bird's enclosure and briefed about their hygiene, food habits, habitats, etc.