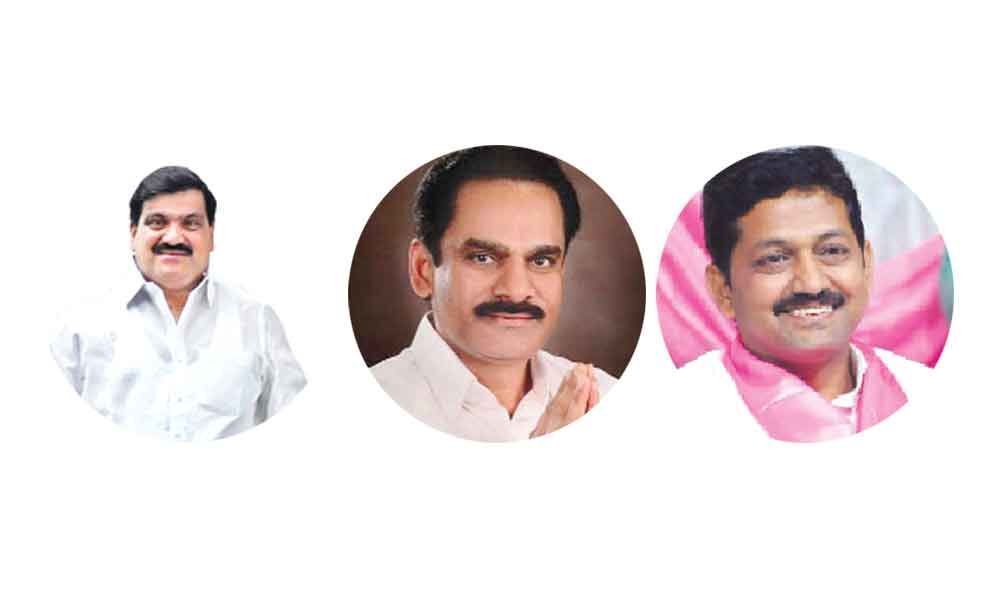 Hyderabad: The Telangana Rashtra Samithi (TRS) on Sunday announced its candidates for by-elections to the three Local Authorities constituencies (Ranga Reddy, Nalgonda and Warangal) of the Legislative Council.

The ruling party zeroed in on Tera Chinnapa Reddy's name for Nalgonda after former MP Gutha Sukhender Reddy, who was believed to be the party first choice, expressed his reluctance as he is understood to be keen on entering the Legislative Council under MLA quota.

Interestingly, the three candidates finalized by the TRS belonged to the Reddy community.

However, in view of Sukhender Reddy's request the party top brass were closeted again on Sunday after which Tera Chinnapa Reddy's candidature was okayed.

Afterwards, the names of the three candidates were officially announced by the party.

It may be recalled that these elections were necessitated due to the resignation of three MLCs namely Patnam Narender Reddy (Ranga Reddy constituency), Komatireddy Rajagopal Reddy (Nalgonda) and Konda Muralidhar Rao (Warangal).

Their actual term was set to end in January 2022, but all of them resigned from their posts in December 2018.

As part of his efforts to stitch a Federal Front with non-BJP and non-Congress parties, KCR will be meeting DMK chief M K Stalin on Monday.

Last week, KCR met his Kerala counterpart Pinarayi Vijayan, who admitted that the meeting was a "very important one".

KCR was scheduled to meet Stalin soon after, but the meeting could not go ahead as the DMK chief was busy in electioneering.